Yesterday I went to watch a cricket match.
It was a WNCL (Women's National Cricket League) 50 over match between the Lend Lease Breakers and the Cripps Tasmanian Roar being held at the Blacktown International Sportspark.

I arrived at 10am after a two and a quarter hour journey from my suburb in Sydney. I did need a quick pit stop, so a little while later when I emerged into the grandstand area the first over was already completed, and the first wicket was already down. It was apparent that Tasmania were batting and that NSW were in the field. Here is the stadium view.

I selected a seat making the new spectator total six. This low count may have been due to the fact that the venue’s website said that the match was due to start at 1pm. Ok, so there was not much atmosphere but at least it was not raining. There was some very enthusiastic support from one spectator and she was obviously encouraging the Tasmanian side. This seemed to irk the NSW Breakers management and I was amazed when they contacted the venue and a venue staff member went up to the spectator and was having some discussion. How un-sporting of the Breakers. It seemed that they wanted one of the few spectators to go away. As expected the Blacktown Sportspark staff member was about as effective as a chocolate fireguard and we all got on with watching the game accompanied by some amusing heckling (as per usual at most cricket matches). 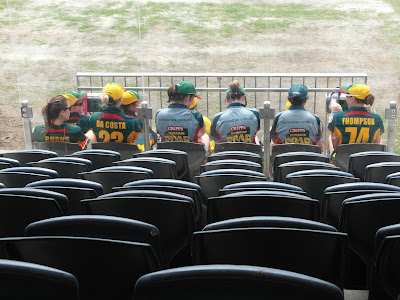 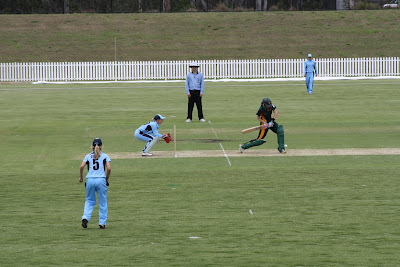 After a slow start, Tasmania get a credible score on the board. 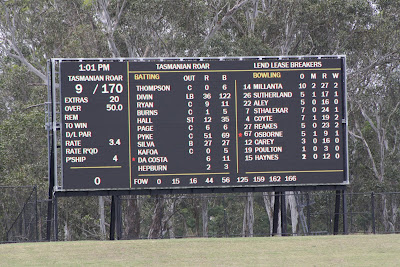 End of the innings. 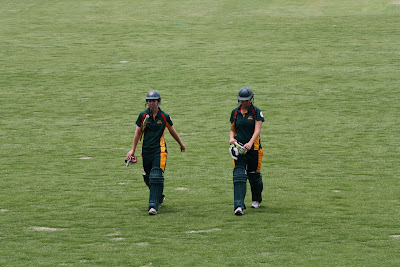 The Tasmanian Roar finished their 50 over spell on 170 runs for 9 wickets and this looked like a competitive total. It would make for interesting game as in the past, the Breakers seem to easily demolish most opposition. This is not totally surprising as they have at least half a dozen of the Australian Women’s National team in their side. It had been a rather strange approach by the Breakers as they had used ten different bowlers during their fielding spell.

After lunch it was time for the NSW Breakers to bat. Oh, and the spectator count had doubled to 12.

One of the openers, Leah Poulton seemed to be struggling. 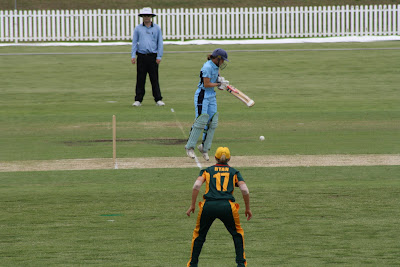 A little while later she was LBW. 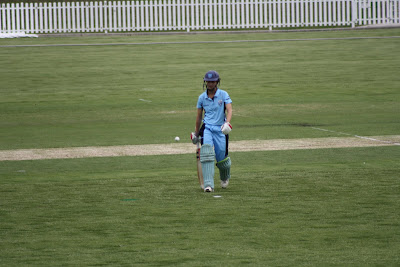 A succession of batsmen trooped off the field. Some hide their faces, some don't. 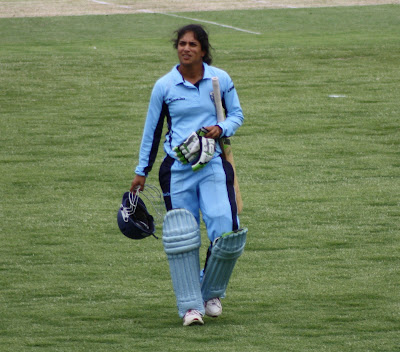 It was interesting to snoop on the Breakers scoresheet. 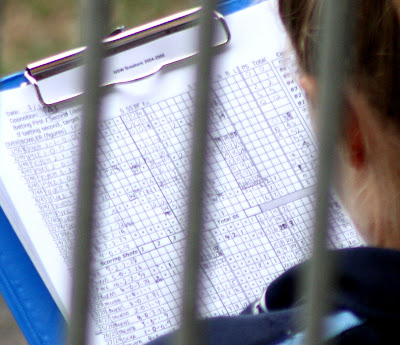 The game got tense as the NSW Breakers wickets kept falling. 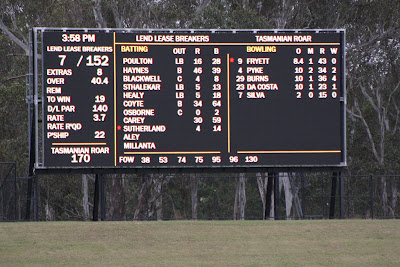 Nicola Carey was hanging in there. 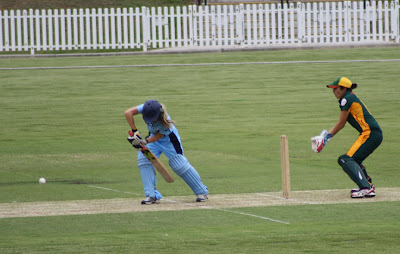 In the end the Tasmanian Roar could not quite take that last big wicket that they needed and they lost the match, but it was close. 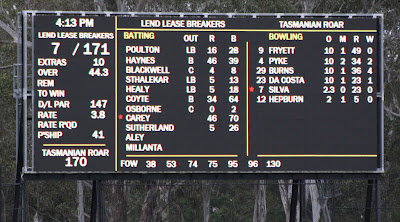 The Breakers get over the line. 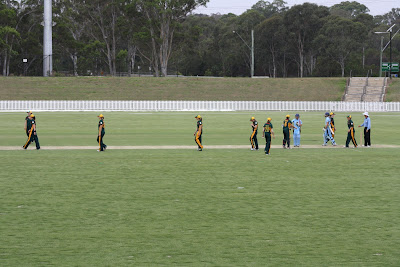 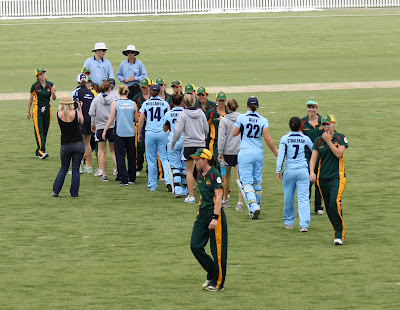 The weather had remained cloudy and cool all day but the rain had stayed away. Having said that, the forecast was for sunshine.

At the end of the match I had my long journey home.

Luckily for me, next Wednesday there is an International Women’s ODI at the SCG. This is much more local and the crowd will be better. It is the first of a few matches between the Australian Southern Stars and the NZ White Ferns. I expect that I have already seen the form of most of the Australian team yesterday. By the way, Ellyse Perry was injured but on the bench.