A tough day for the Kiwis

The 3rd ODI between Australia's Southern Stars and New Zealand's White Ferns was being held at the North Sydney Oval on 17th December.

With the series currently level, this was a crucial game and a chance for one team to take a lead.

The sky was overcast and not the sort of day where I normally bother to take photographs, but I did take a few.

The toss was won again by Jodie Fields and again she decided to put the White Ferns in to bat first. 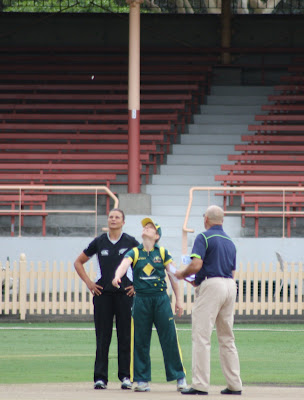 Southern Stars come on to field 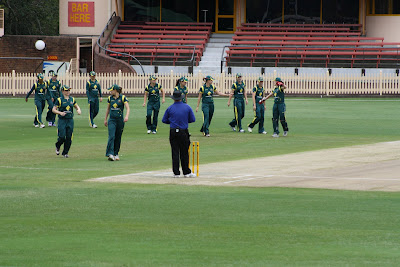 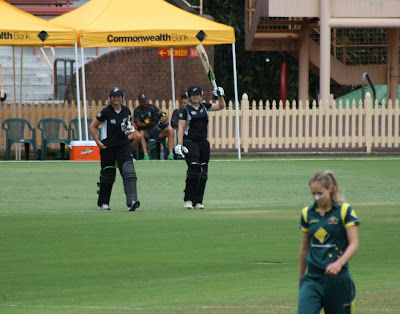 First ball. Ellyse Perry bowls and there is no run. 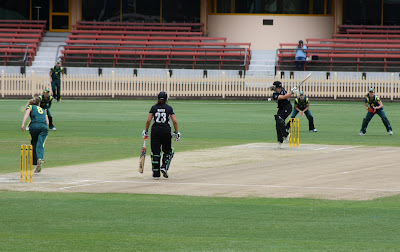 I have not seen Schutt bowl before. She was opening the bowling with Perry. 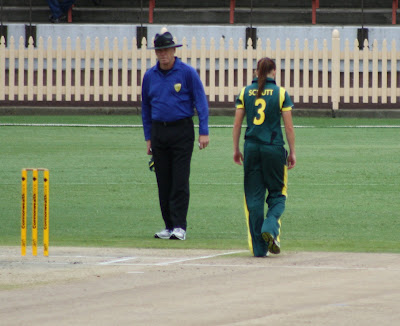 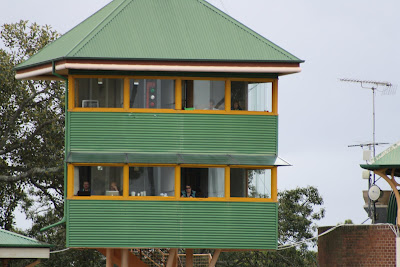 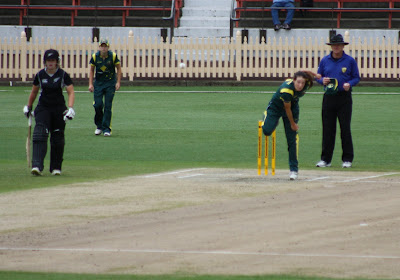 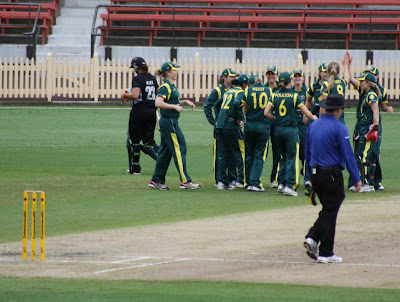 Erin Osborne warms up for a bowl. 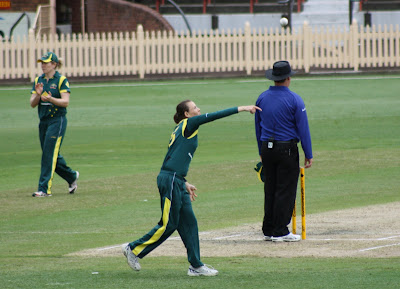 Cameron and Haynes sitting this one out. The fitness coach will probably make them work very hard during the lunch interval. 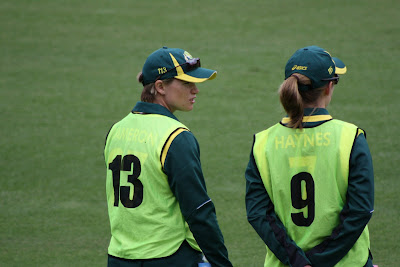 My view and the overcast sky. 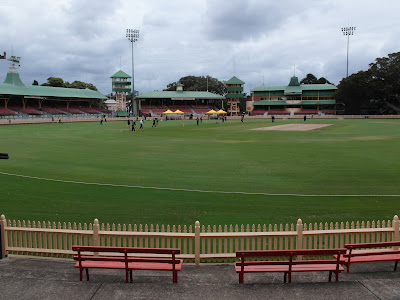 Getting into the bottom order now. 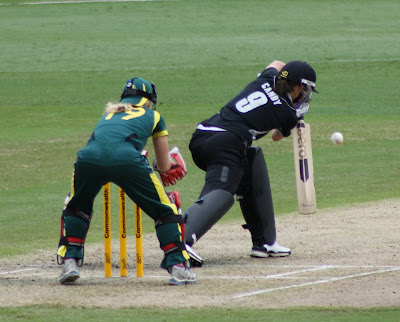 Candy digs this one out. 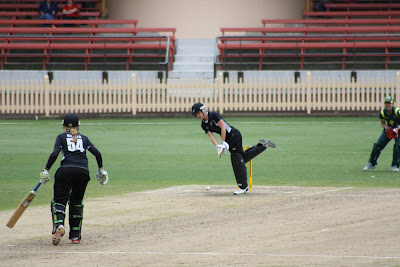 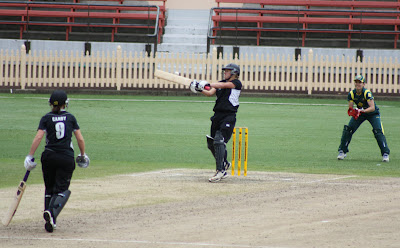 The final scoreboard after a under par performance from the Kiwis. 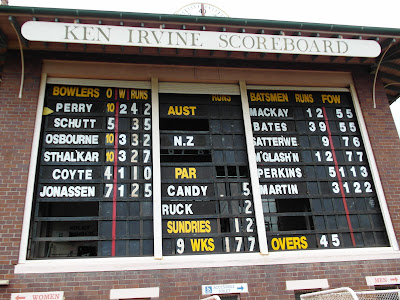 The teams resume after lunch. 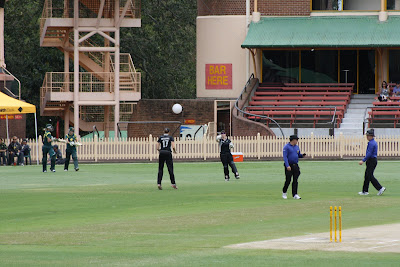 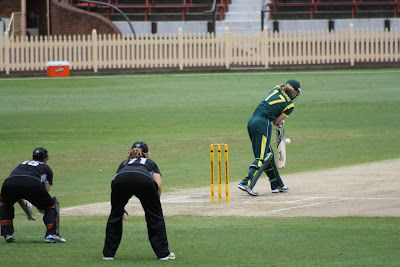 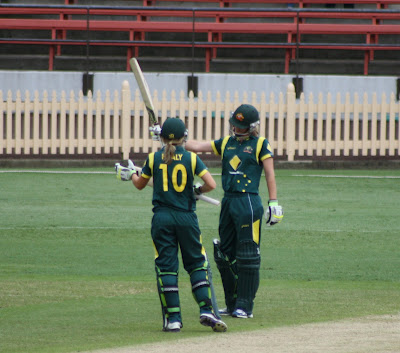 Before you know it the match is over as the Southern Stars reach 178 with overs to spare. 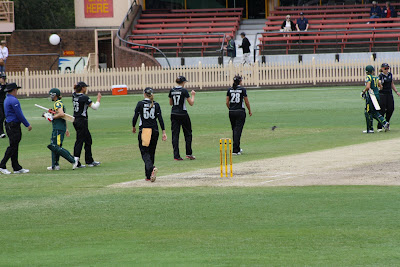 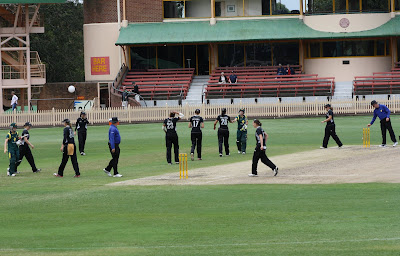 At the end of the match, everyone seemed in a massive hurry to leave.
The scoreboard had it's shutters pulled down within 60 seconds of a result being reached so I did not get to it in time for a photo.

Meg Lanning had got 103 off just 50 balls and was caught by Ruck off Browne's bowling.
Alyssa Healy was not out 62.
And Leah Poulton was not out 7.

About 30 seconds after the scoreboard shutters came down, they held a very brief ceremony for the Player Of the Match. I also did not get to it in time for a photo, but it was Meg Lanning that got the award.

For the last match on Wednesday, I must make sure that I move to the changing room side of the ground prior to the end of the match. We already know that the White Ferns cannot win the Rose Bowl but they could draw the series.