Tip – Do not cook kippers in the microwave

My wife is away on holiday (well I did go off to Florida for 3.5 weeks of flight training so now it is her turn) and I am looking after the dog. Being rather partial to fish of all varieties I bought some frozen kippers. On the cooking instructions it said you could either boil them in the bag for 20 minutes or for a more speedy meal you could microwave them. I chose the microwave method being in bachelor mode at the moment. The fish were overdone and the whole house smells of kippers and the microwave stinks of them. I should have closed the door of the utility room (where the microwave is located) while they were cooking. My wife is due back in a week so hopefully that should be time to get rid of the smell, although my wife does seem to have a very sensitive sniffer. I have thoroughly cleaned the microwave but it still smells. What with a rather large backlog of washing and house cleaning to do, I suspect I will be somewhat busy over the next couple of days.
I have been doing some flying. In fact I had a couple of lessons to polish up my technique for the skills test. The trouble is that on the second of these two lessons I was practising the various types of landings and had suddenly developed a problem where I started pulling back on the flying controls as the aircraft approached the ground. In effect I was flaring too early and losing airspeed too high above the runway. Having developed this problem I had a two week wait before my next lesson. I was quite demoralised about the problem and this made me feel fairly negative about my flying ability. Last Tuesday my two week wait was over but as I drove down to Blackbushe for my 9:00am lesson, low cloud was arriving from the south-west. Farnborough were reporting that the cloud was as 1200 ft but the Blackbushe tower were saying 800 ft. Who was right ? We decided to give it a try as circuits were what I needed to iron out the landing problem. I checked over G-BMTB and later we took off on runway 25. My instructor had said that if the cloud was low then we would do one bad weather circuit at 500ft and land. As I climbed away from the runway by the time I got to 500 ft we were almost in the cloud and on the crosswind leg we found that the cloudbase was 650 ft. So I descended below the cloud and did just the one circuit and kept the runway in sight with difficulty. Because the circuit was tight, I needed full flap for landing and the landing was very gentle. This raised my confidence immediately, but of course we had to taxi back and that was the end of my flight for that day. Maybe I had got so used to the tight circuits and full flap landings from 1000ft used at Naples, Fl that I had been struggling with the extended circuit pattern and 20 degree flap landing from 800 ft at Blackbushe. This just sounds like an excuse and as long as I concentrate on airspeed and glide slope on the approach and then moving my focus to the far end of the runway once over the numbers I should be OK. Time will tell but I feel a heck of a lot more positive about it now.
Back at the air-school classrooms we spend an hour going through in detail the radio telephony procedures as I have still to take the oral RT test. So now I have some things to study at home and feel back on track.
I have my next lesson booked for the coming Wednesday and on Thursday my wife returns from 3 weeks in Barbados.
Should be a good week.

Time to get back to studying CAP 413 and cleaning the microwave again. 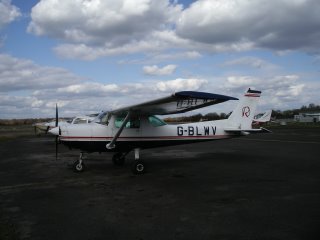 Posted by peewit at 6:18 PM No comments: