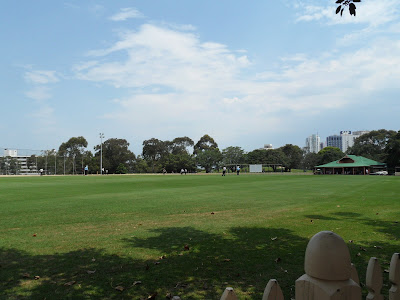 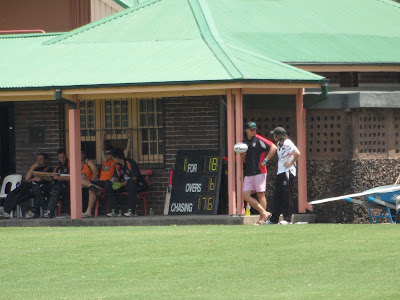 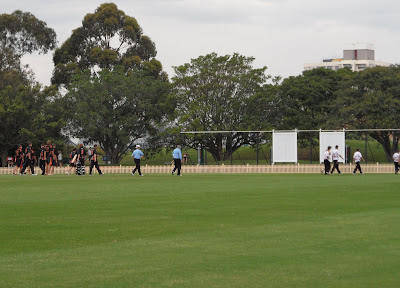 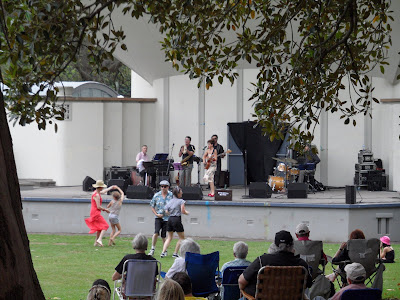 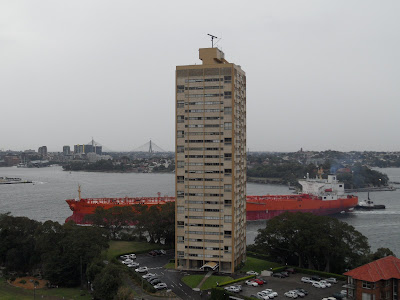 It is a sunny Sydney Saturday. Time to go and watch some local cricket.
I chose to take a short bus ride to Mosman where I could watch a T20 match that started at 2:30pm

The match at the Allan Border oval was between the home team of Mosman and their opposition for the day was Randwick & Petersham.
I'm not sure who won the toss but Mosman came out to bat.

The Randwick team are fielding and yes that is the England cricketer Monty Panesar in the team. 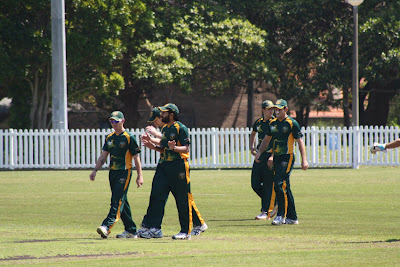 Monty opened the bowling and took a wicket in his first over. 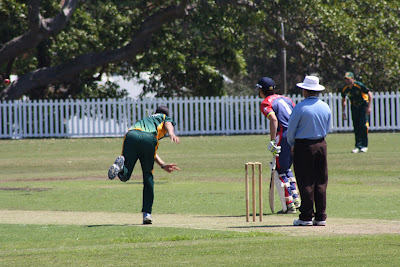 Into the fourth over and Mosman have already lost three wickets. Not a great start. 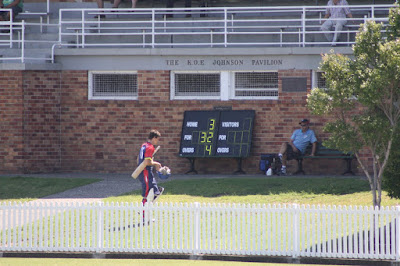 Some defensive strokes were required from the Mosman batsmen. 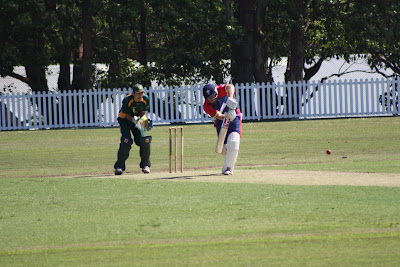 The score for Mosman at the end of of twenty overs. I see that the scoreboard operator kept up that fine Aussie tradition of having the scoreboard wrong most of the time as well as sitting right in front of it so nobody could see it. I had to be quick to get this shot. 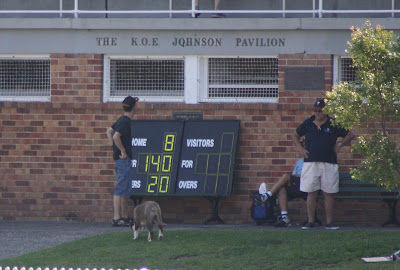 Mosman now fielding and again a couple of wickets fell quickly. This was looking like a tight match. 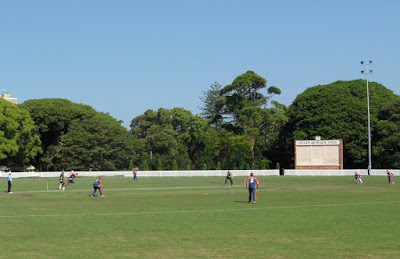 Randwick & Petersham just managed the win in the 20th over. Here the teams shake hands at the end of the match. Monty never did get to bat but was probably due up next. 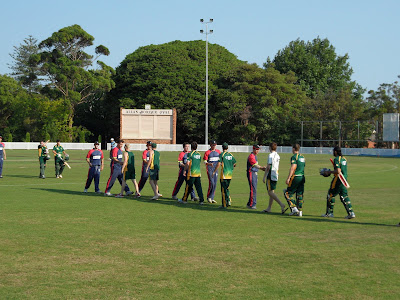 It was an enjoyable three hours in lovely sunny conditions.

Posted by peewit at 9:13 PM No comments:

Sculptures by the sea

Along the coastline between Bondi beach and Tamarama beach. 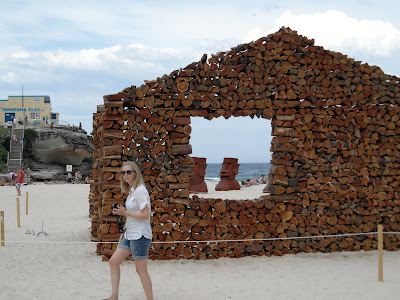 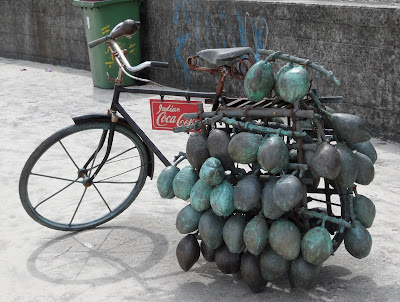 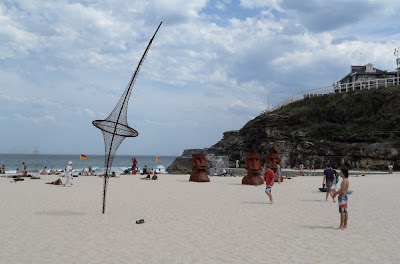 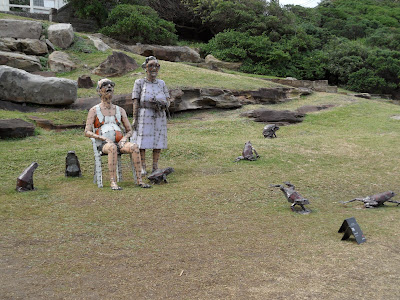 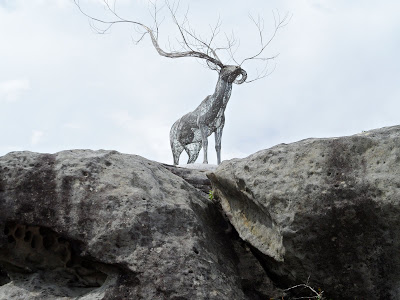 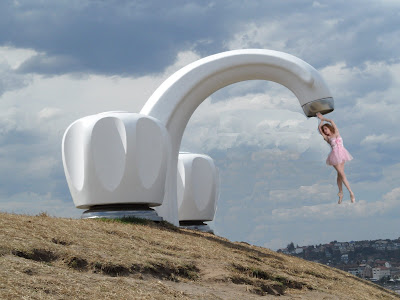 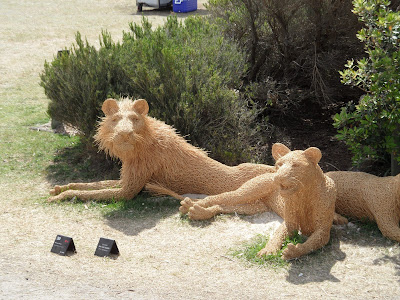 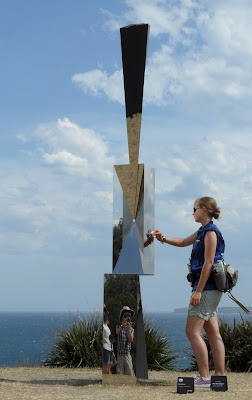 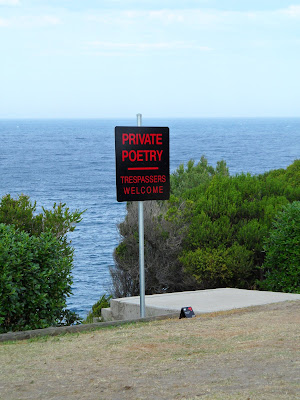 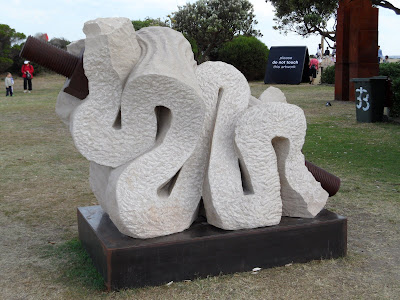 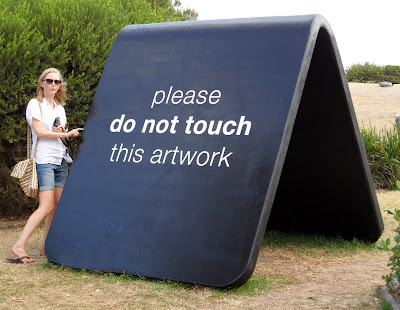 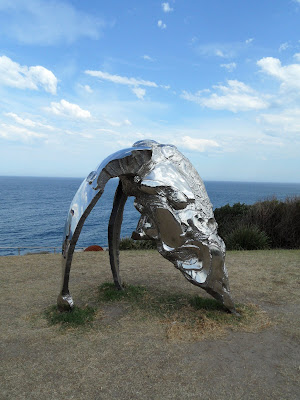 Posted by peewit at 8:56 PM No comments: 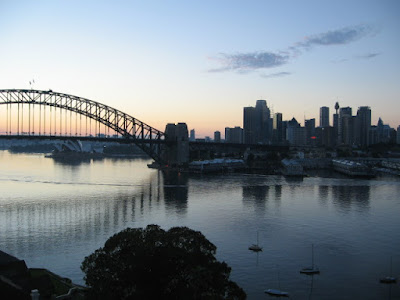 The Bob Barker that is one of the Sea Shepherd anti-whaling ships is moored at the Overseas Passenger Terminal at the moment. The Japanese fleet will be off killing whales at the end of December and the Bob Barker is one of the ships that will be trying to protect the whales. 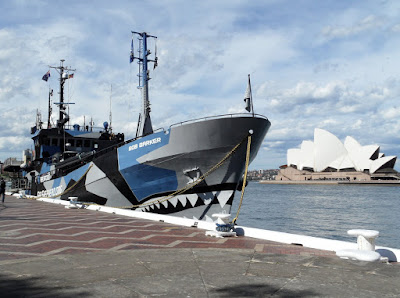 I went on a tour of the ship. Here is the bridge. The ship can break through ice if necessary. 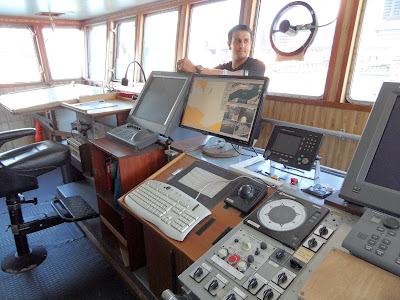 Looking onto the foredeck from the bridge. 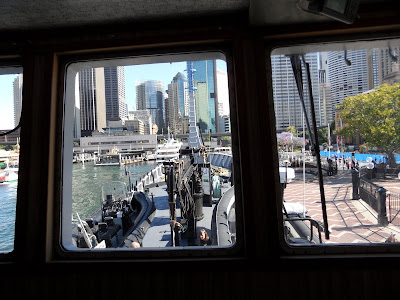 The Sea Shepherd flag at the bow. 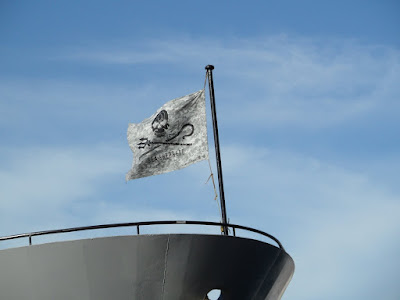 Let's hope that many whales can be saved and the slaughter brought to an end.
It is hard to respect a nation that finds ways around the International Treaties. A financial disaster for the whaling fleet over the next few months would be a good outcome.

Posted by peewit at 7:19 AM No comments: