It's been a while

I see that my last post was about my trip to Adelaide.

I have been quiet since then but have been on a few visits.

On the banks of the River Severn in Worcester when I spent a weekend at my daughters Malvern house. 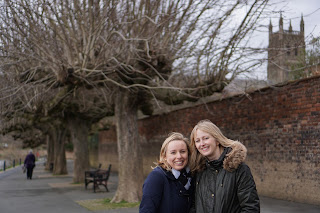 I took the dog for a walk in Woking. 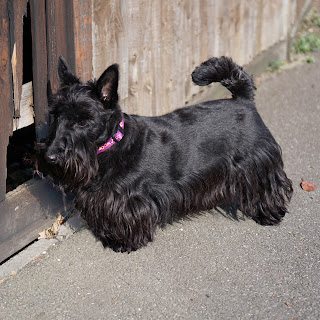 It was sunny for a trip to Guildford Market 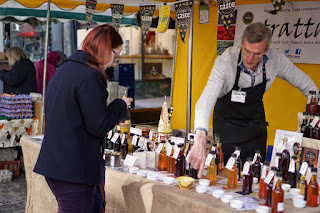 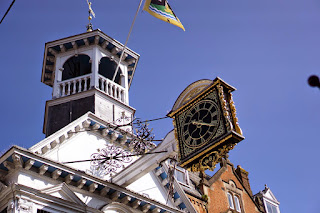 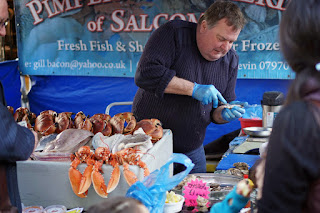 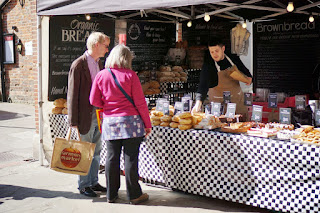 A visit to Much Hadham provided some nice country walks 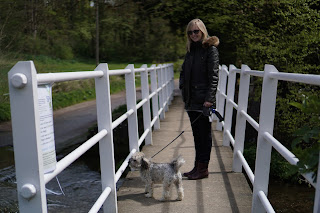 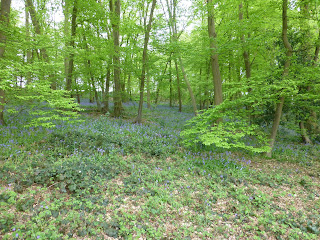 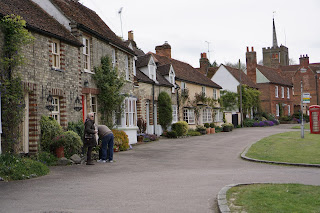 A trip to London 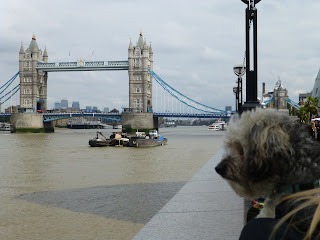 I went on a watercolour painting holiday to Saragano in Italy 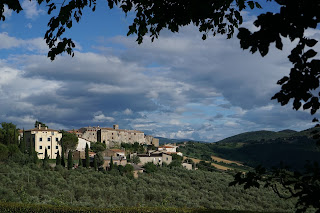 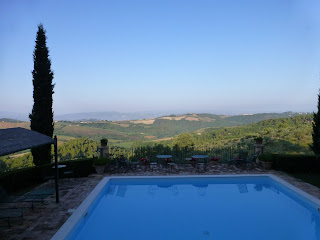 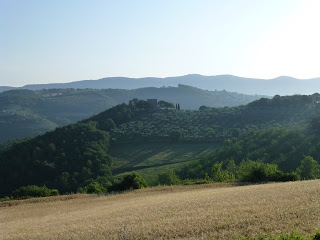 We had a trip to Perugia 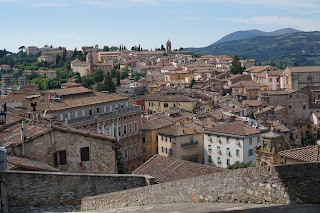 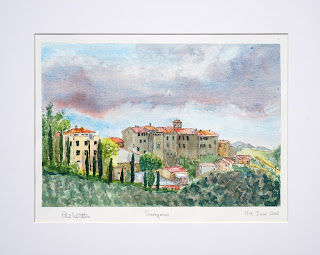 The local Bisley Strawberry Fayre was a must. 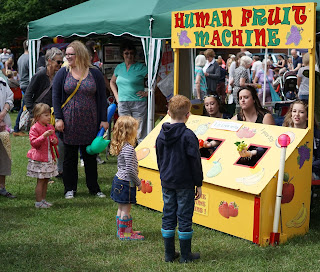 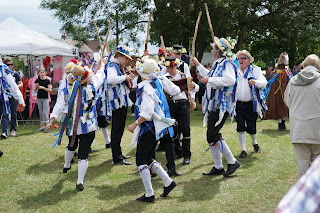 The RHS at Wisley was visited and I took my mum. 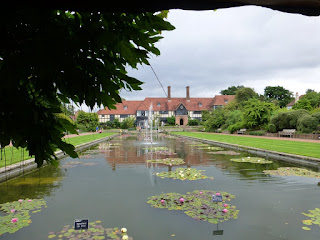 Another trip to Malvern for house/pet sitting provided the opportunity to walk in the Malvern Hills and attend some cricket matches. 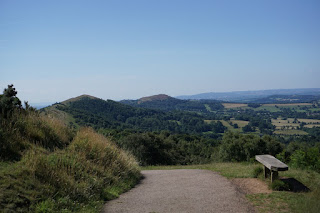 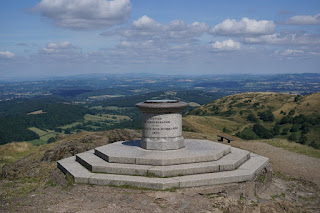 I walked by the River Severn to Worcester to watch some cricket. 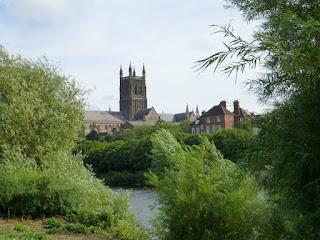 Worcester Rapids take on Northamptonshire Steelbacks in an ODI at New Road. 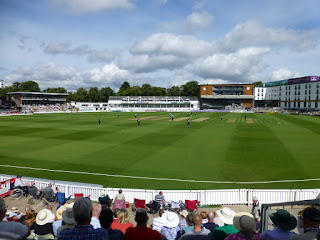 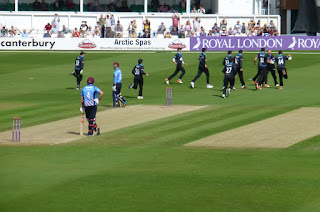 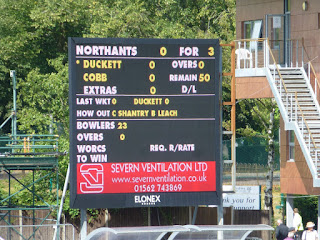 Soon after a swan held up play for several minutes while it did half a dozen sedate laps of the ground.
It eventually gained altitude and flew off to the river with encouraging cheers from the large crowd. 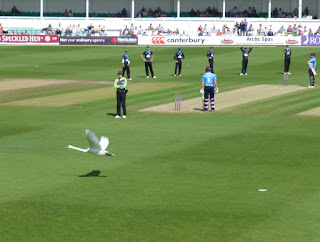 The ice cream van in the background makes for an iconic picture. 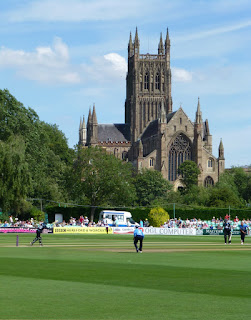 Somehow, after such a good start, Worcestershire CCC contrived to still lose the game.
It was time for me to walk back alongside the Severn to where I had parked my car. 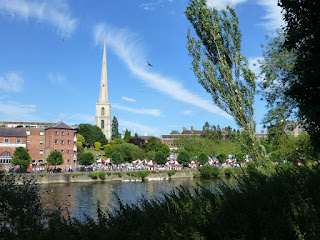 I could be heading back to Oz in November.

Posted by peewit at 9:13 AM No comments: