Warming up in Adelaide

When I arrived in Adelaide the hot spell was over and a period of wet, cool and windy weather had taken it's place.
This A380 took me from cold and dull Heathrow  to Singapore. 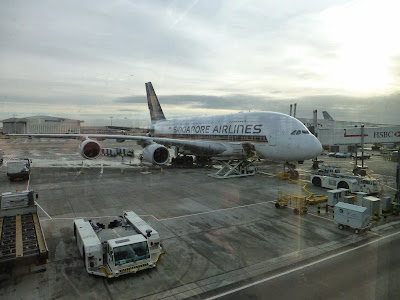 Then another smaller Airbus took me direct to Adelaide where it was still dull but with temperatures in the high 20's C it felt a lot different to the UK. Just over a day later I went to watch a women's T20 match between the SA Scorpions and the NSW Breakers. However the match never did start as it was raining nearly all the time.
I returned to the Adelaide oval (No 2) the next day for the WNCL 50 over match between the same teams. 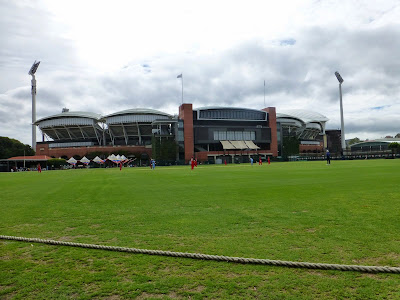 The Breakers won the toss and decided to bat first. 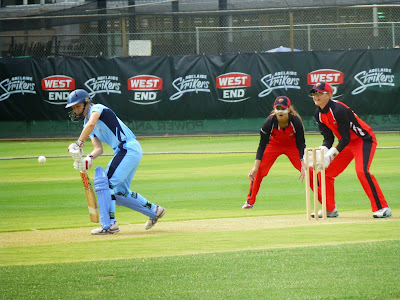 The Breakers were all out for 236 runs off 48 overs.
Then it was the Scorpions turn to bat.
The Scorpions were batting well although there were some close calls behind the wicket. 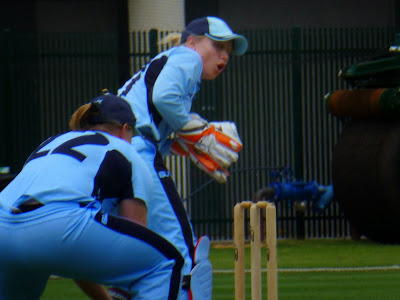 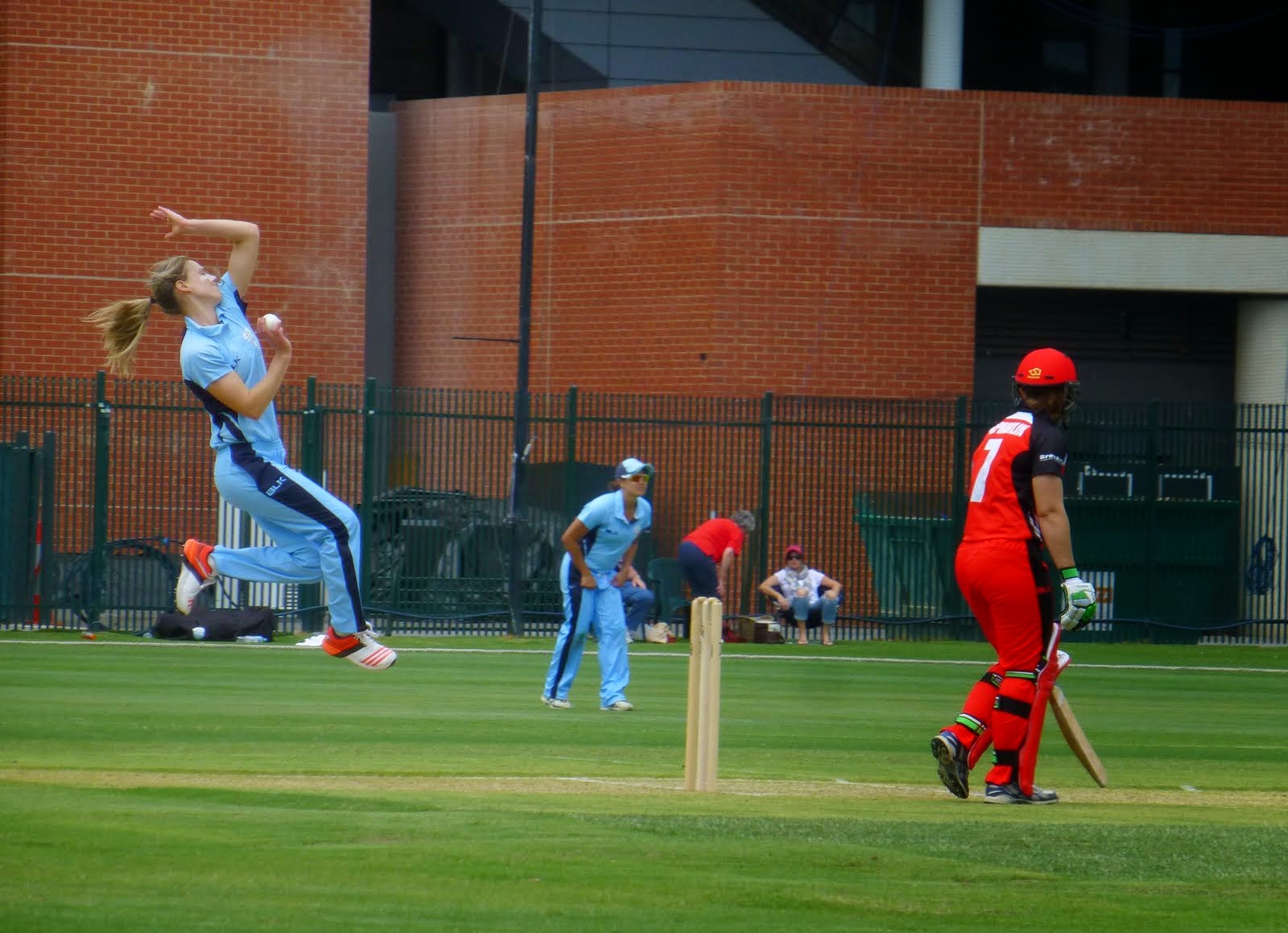 However some great batting from Tegan McPharlin and her team mates saw the Scorpions overhaul the needed run total and win the match. There was no rain throughout the match. 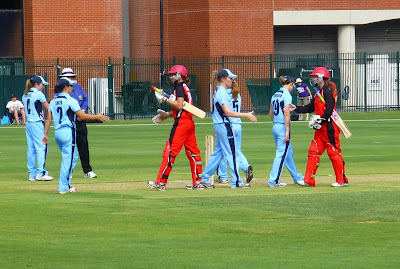 The next day there was a double header with the SA v NSW women's T20 in the afternoon, to be followed by the Big Bash match between the Adelaide Strikers v the Sydney Thunder in the evening.

The weather was not looking great with rain expected. The Scorpions got off to a good start but rain intervened and the match was suddenly dramatically shortened. This meant that the Breakers had a chance to win with only six overs played. Leah Poulton hit some great shots to win the match for the NSW Breakers. 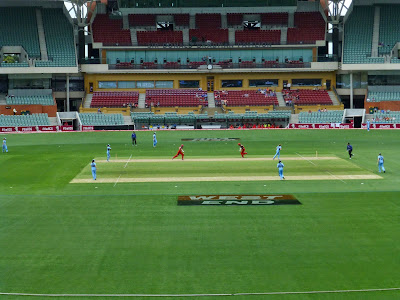 The crowd was not that good for the Women's match and that is a shame considering the skills on display. 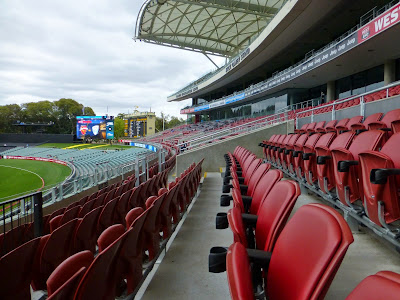 The NSW Breakers team come on to the field to celebrate their fortunate win. 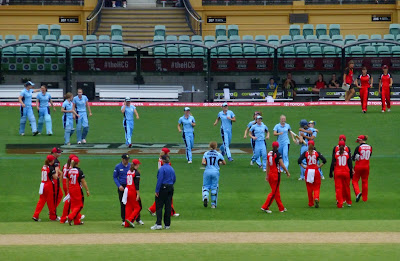 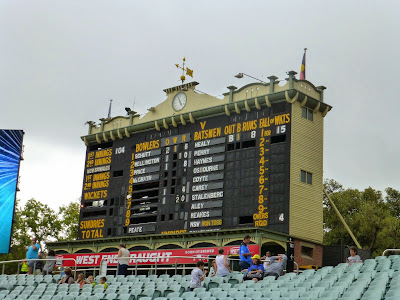 The Scorpions did however come round the ground to meet some of their fans. 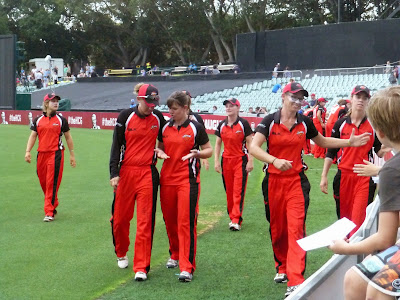 There was a very long rain delay before the Big Bash match could get underway. 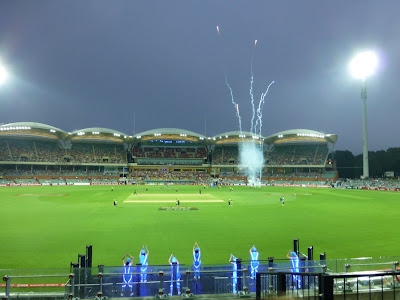 The Adelaide Strikers were batting first in a 10 over innings and were soon scoring sixes. 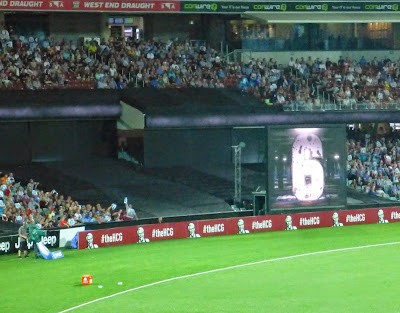 Yet again the heavy rain returned and eventually the match was abandoned.

So I had come to the driest capital of Australia's driest state to see four cricket matches. I only saw one of the four matches be properly completed.
The next day I hired a bike. 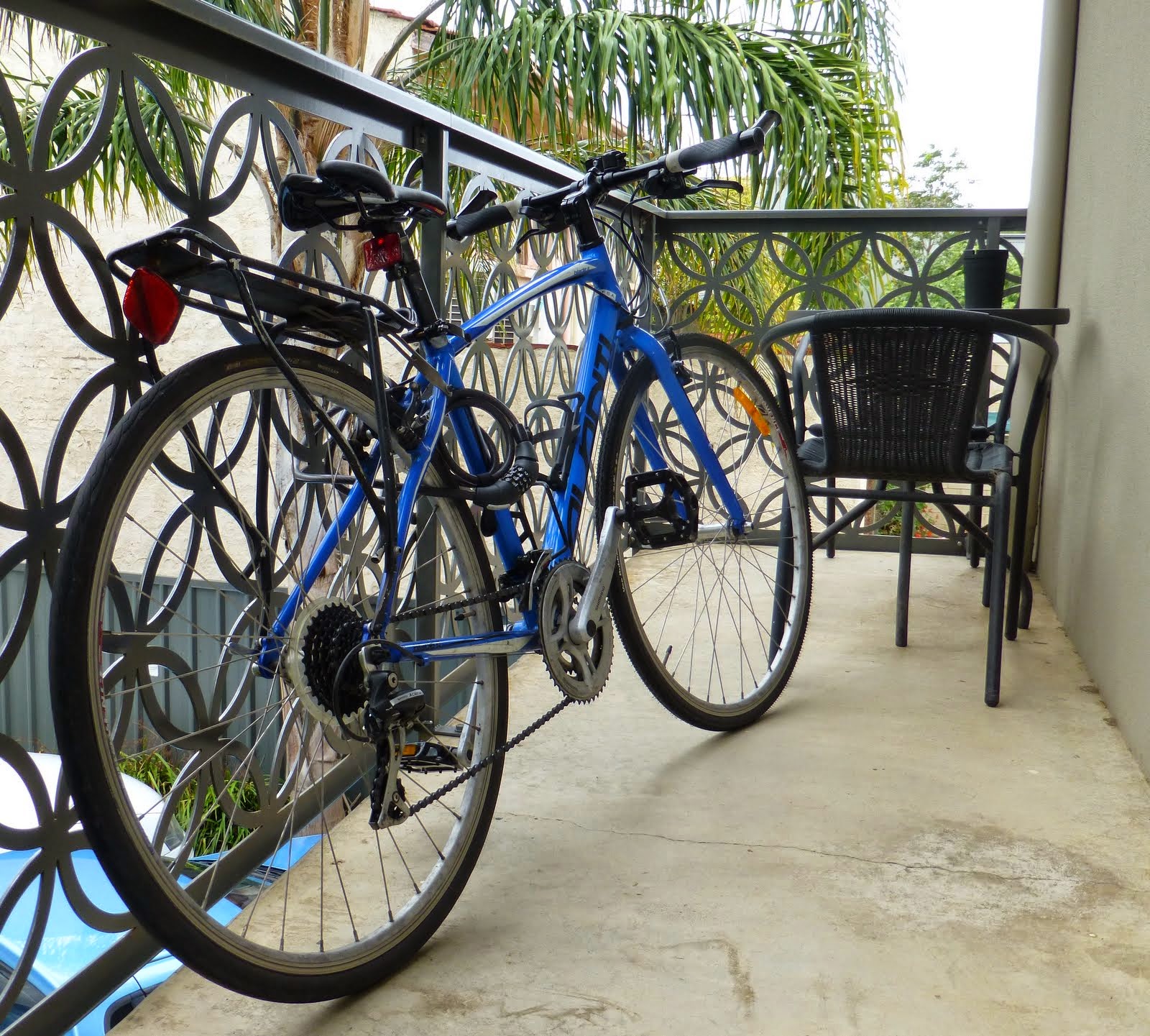 The Santos Tour DownUnder is due to start soon and I will be watching some of the stages.
The Tour Village and Bike Expo were under construction. 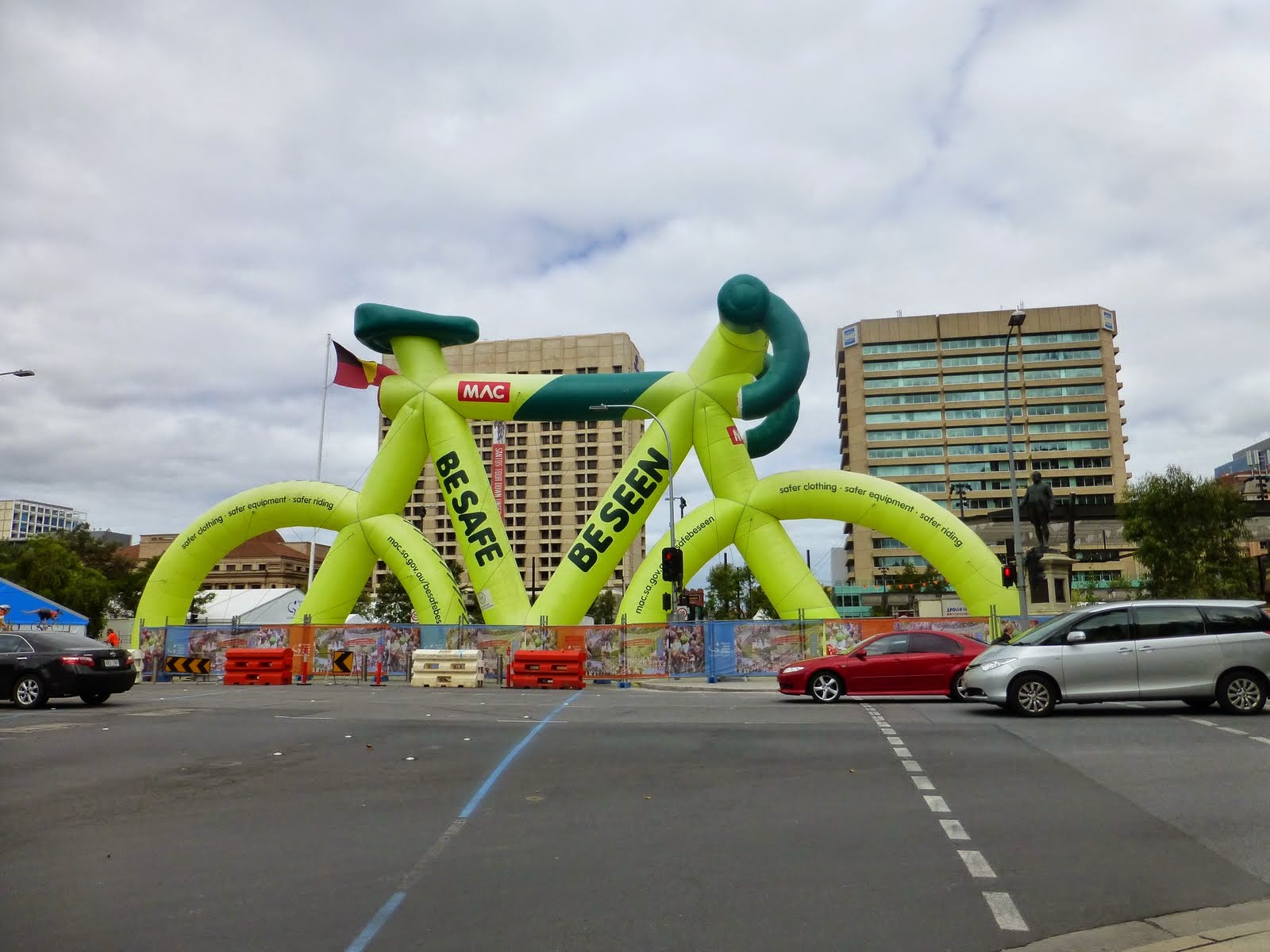 The following day the weather was starting to improve so I went for a cycle ride alongside the Torrens River to Henley Beach.
Henley Beach was looking good. 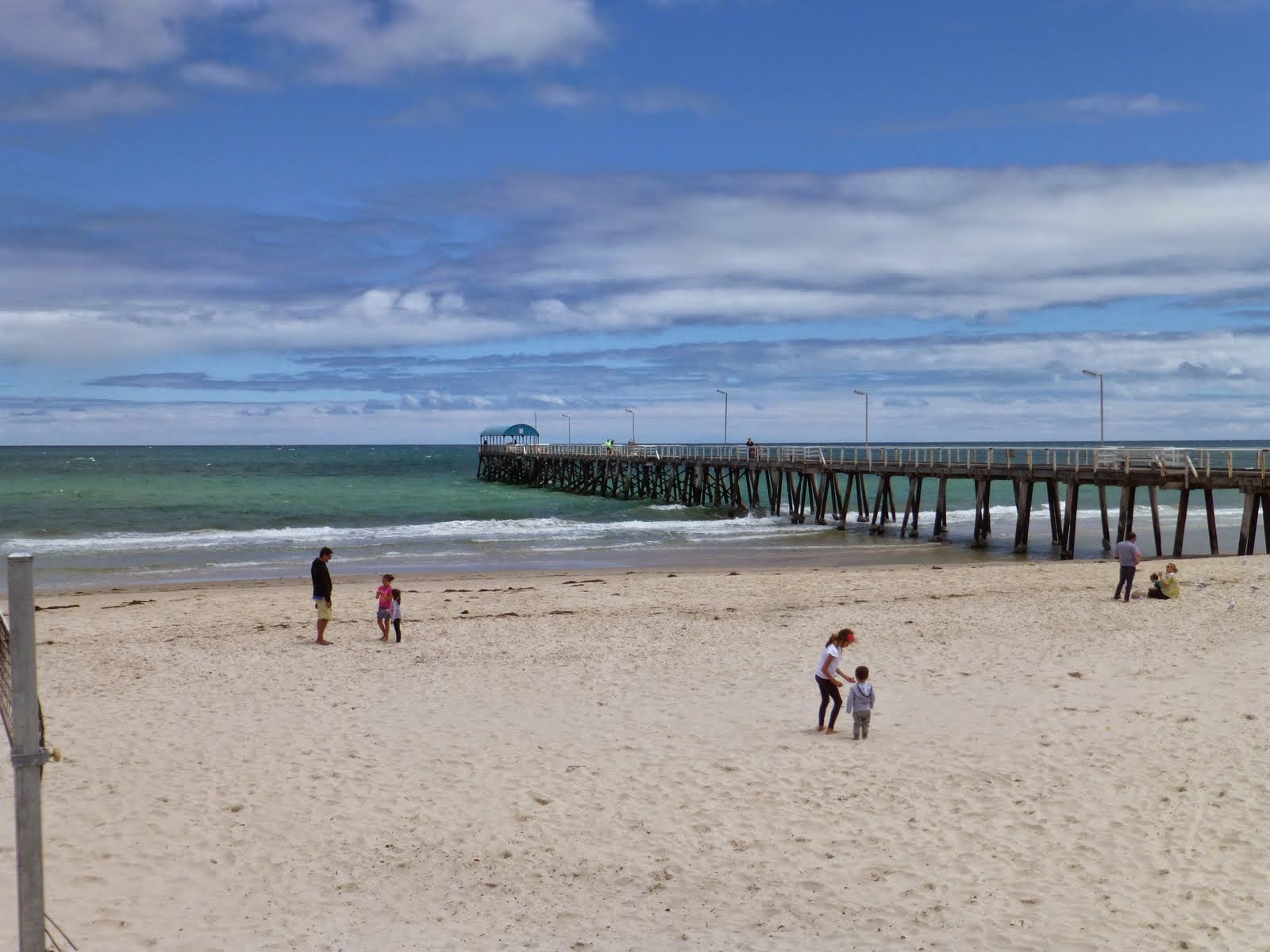 Here is my my cycle route. Along the way I saw some of the Wiggle DownUnder girls out for a training ride.

And these are my stats (according to Garmin). 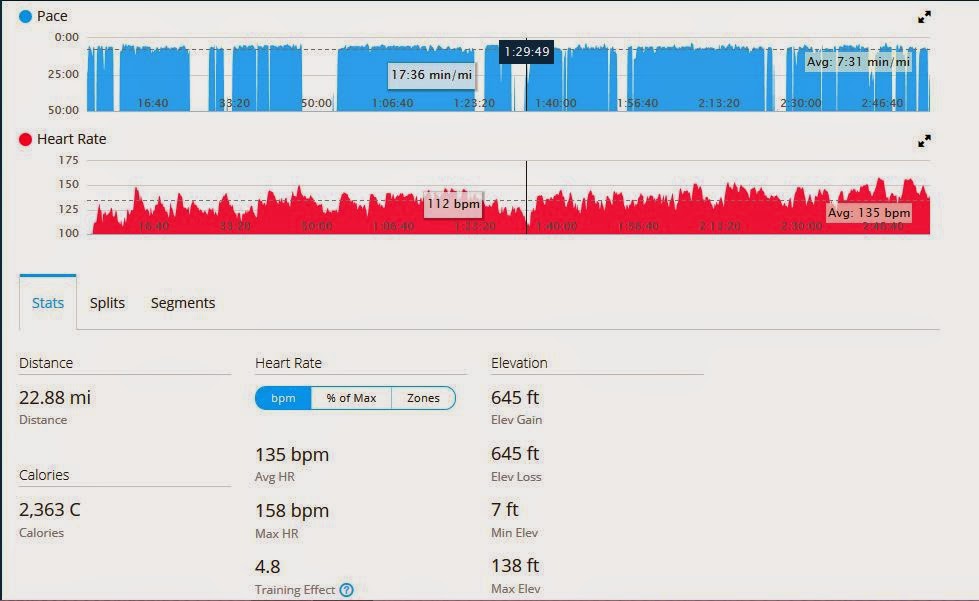 Next day was back to proper Aussie weather (sunny and warm) so I decided to walk to the Adelaide Botanical Gardens. 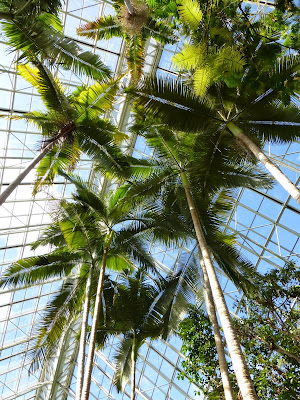 After a coffee and a muffin I went on the free 1.5 hour guided tour. I saw the Sacred Lotus flowers in bloom. 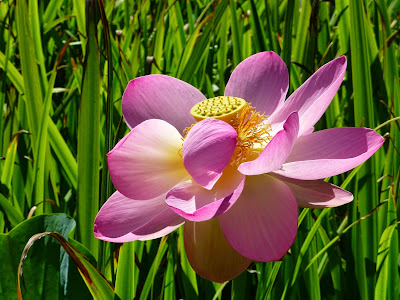 Some of the trees in the gardens. 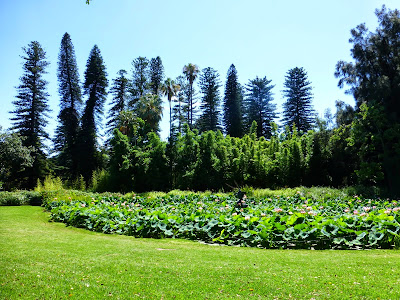 The Botanical Gardens are right on the edge of the city. 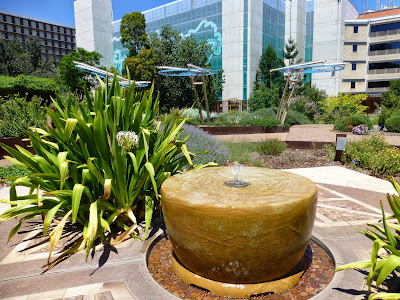 One of the greenhouses. It is nice to see the blue sky back. 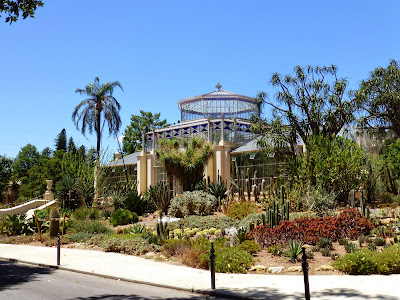 After my trip to the gardens it was time to walk into the CBD for some lunch. 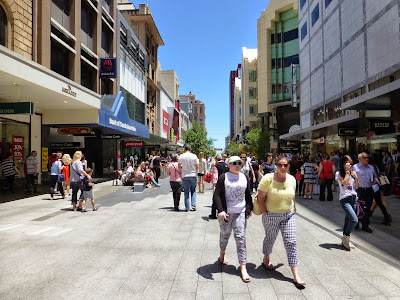 After lunch I caught the free bus back to North Adelaide and walked down Stanley St. to my apartment. 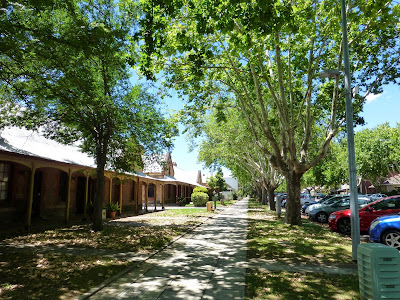 The fun at the Tour DownUnder starts tomorrow with the Team Presentation followed by a Concert. Stage 1 gets underway on Sunday.
I'll be there.