Today's journey to the centre of the universe

Well, the CAA HQ at Gatwick to be truthful.

It was one of those things I had been looking forward to. A trip in my rather aged 911 (964 C2) to the CAA licensing department on a sunny day to hand over my application and paperwork for my Private Pilots Licence.
On the drive there it was certainly sunny but the M25 was in a bad way with roadworks, accidents and everbody's grandad driving a Yaris in the overtaking lane.

I got there eventually and there was no time deadline.

In case you ever need to go to Aviation House, this is what it looks like with my porker in the car park.

My paperwork was checked over and all ok. The whole process only took 15 minutes. Just got to wait for two weeks now for the licence to be delivered.

On my journey home, I again spent most of my time behind either a white van, lorry or yet another Yaris driving at 40 mph in the overtaking lane. An accident on the M25 meant that I diverted off at junction 10 and went across country to get home. I had still enjoyed my morning trip as I was in no particular hurry.

It seems strange not having to carry out regular home study sessions as I have been doing for the last year. I shall actually put all my study material neatly on the bookshelf rather it than lying on the study floor or being buried in my flight bag.

Must get my next flight booked up while this sunny weather lasts.

Today I visited the periphery of the Farnborough Air Show. I was there from 13:00 to 17:30, a total of four and a half hours of viewing pleasure. I took a lot of photos on my compact camera however it is not very good at this kind of work and what is more, the Blogger website degrades the quality even more. Here are a few of my shots.

Before we start here is a picture of my dog on Gorey beach in Jersey. We spent a week on holiday there and got back last Wednesday. 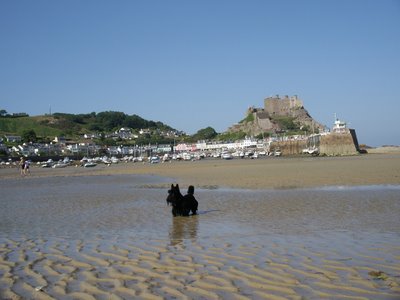 I had an easy drive to where I parked the car, but a 25 min walk to where I would watch. On my walk the airshow started and here is a picture of the Airbus A380 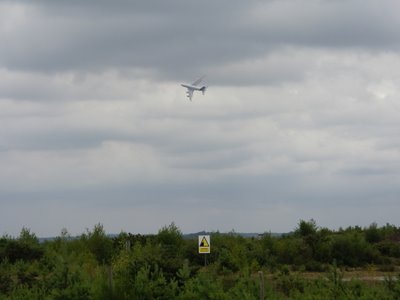 I arrived at my intended watching spot and just had to take my seat amongst the gorse bushes. 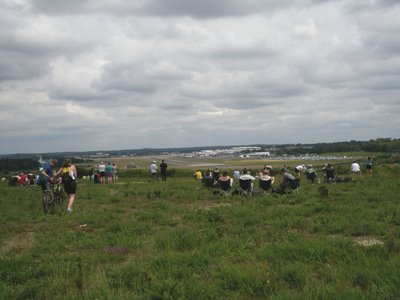 Having got comfortable, the A380 landed and was vacating the runway. 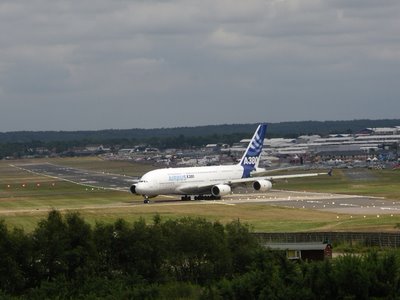 A Spifire taking off. It is a shame you cannot hear what it sounded like. 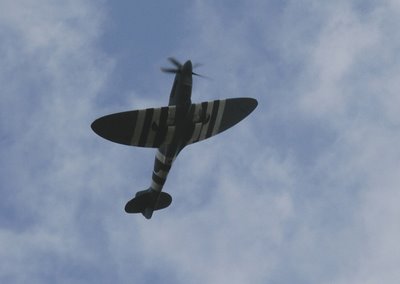 Here is the Lancaster bomber. 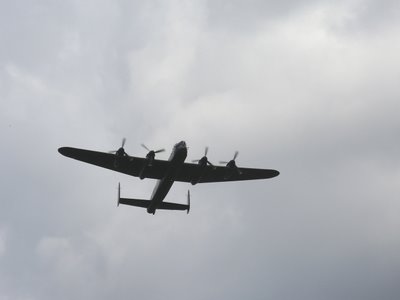 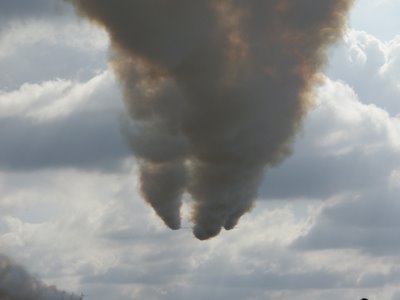 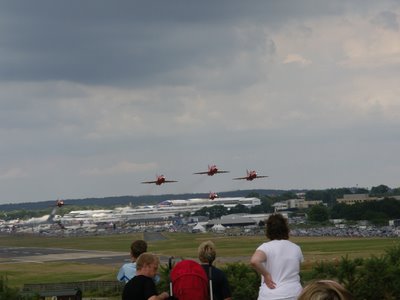 The Red Arrows give an excellent display and use coloured smoke. 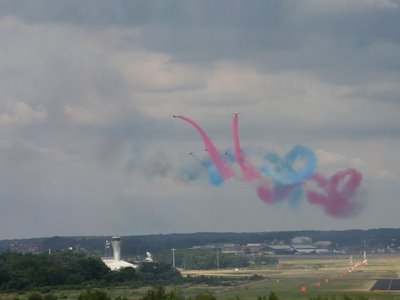 The end of the display quickly came and on my walk to the car I looked back and took this picture. The walk took longer than my car journey home. 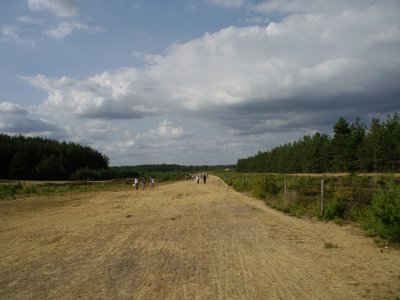 Tomorrow I am driving to the CAA offices at Gatwick to handover my paperwork and application form for my PPL.

Posted by peewit at 8:21 PM No comments:

Today I took my oral RT test at Blackbushe and passed. Yippeeee I now have completed all the stages required to apply for my Private Pilots Licence PPL(A) where the A is for aircraft rather than (H) which would be for a helicopter.
It was not a good start because despite the fact that I set off early for my 2 pm appointment at Blackbushe, it also happens to be a public day at Farnborough International Airshow. I had decided to avoid my normal route down the M3 and go on the A30 instead. This was a mistake as the A30 through Camberley was grid-locked and moved at walking pace. For some reason they were routing air-show traffic down the A30 and even though the flying display started at 12:30 the road was still solid with traffic at 13:45. It was also raining very hard. I decided to divert back to the M3 and arrived at Blackbushe ten minutes late and not in the best state of mind. I got quite wet running the 5 metres between the car and the entrance. My original plan had been to arrive early, get some bottled water, and do a bit of revision. All this was scrapped and it was straight down to business after an apology to my examiner. The test takes two hours with an initial briefing on the route to be taken on a fictional course. Next you have some time to work out where and when on the route you will be making radio calls and who they will be to. You also need to workout ETA’s at the various key points. You are advised that you will need to use a VHF direction finding service at some point and also that you will suffer a simulated engine failure. Once the planning was completed, the test started with the examiner in one room and me in another using a radio simulator set. I had a bit of difficulty with the push to talk button was probably pushing it on the side rather than straight down. I must admit I found the test tough and on a few occasions was struggling to string together the correct terminology. Apparently I used the word ‘transducer’ instead of ‘transponder’ when advising that I did not have mode C on this aircraft (possibly due to my electronics background). I was also rather shaky on the departure clearance (having not used this in real life in the UK).
At the end of the test there was a long debrief covering the entire simulated trip and points to note on the RT procedures. Although I had made a few mistakes, I was told that I had passed. I was so happy to hear that. I looked at my watch and it was 16:15 so I had used up the entire two hours and it is hard to work out why it all took so long.
I can hardly believe that I have completed all the requirements for the PPL.

Tomorrow I am going to watch the flying display at Farnborough. However I will not be getting stuck in traffic jams or paying the entrance fee. Instead I shall use my car sat-nav to avoid all the busy routes, and will cross the army ranges to Tweseldown. This is a point to point race course where you can climb a small hill and once on the top you can sit on the grass and overlook the Farnborough airfield that is just 1.75 miles away. It is almost inline with the runway so you get a close look at many aircraft. The weather should be good to.
On Monday I am going to get my old porker out of the garage and take a drive down to Gatwick where I shall hand over all my paperwork and yet another slug of money to the CAA. Then it is just a question of waiting for my new PPL licence to pop through my letterbox.

It can not all be good news. I was planning to go out on the Blackbushe fly-out at the end of August. We were due to fly to St Gallen in Switzerland. I had booked to do the necessary conversion onto the four seater PA28 aircraft. Unfortunately the event has been cancelled as there are too many student or inexperienced pilots (like myself) to make the trip viable. I have therefore also cancelled my conversion flights and will consolidate with the C152 for the time being.

Lookout for my next post with pictures from the air-show.

Posted by peewit at 8:37 PM No comments: