Some of my week in photos

I headed off to Watsons Bay where I had a takeaway fish and chips that I managed to eat all myself this time without a seagull knocking the fish out of my hand.
A walk along Camp Cove beach to a kiosk where I got a choc ice.
On my walk to the South Head I saw this sign. 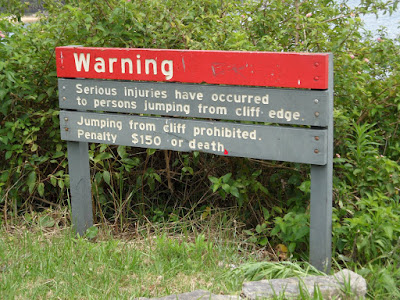 and a blue tongued lizard. 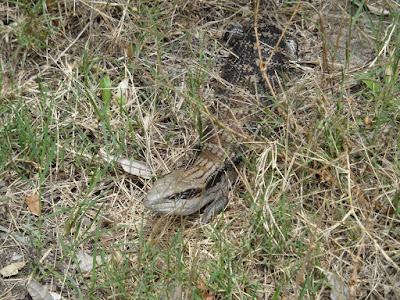 A view of Camp Cove. 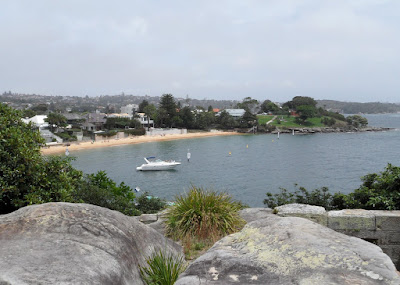 The other evening the Opera House was lit up in red as part of Aids day. 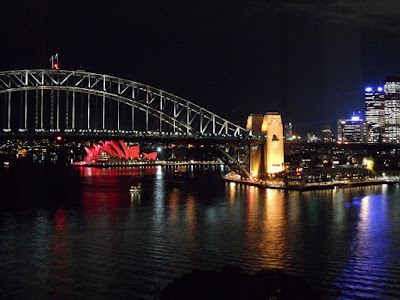 The following evening I met daughter and we had a meal in Circular Quay.
The sun was setting as I was on the ferry home. 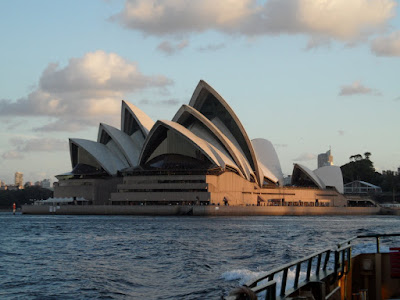 On Friday I decided to watch a T20 match between the womens teams of the NSW Breakers and the Victoria Spirit at the Blacktown International Sports Park.

Here is the venue. I emailed the venue asking for directions from the local Rooty Hill Station. They could not be bothered to respond. I have to give them 0 out of 10 for customer support. 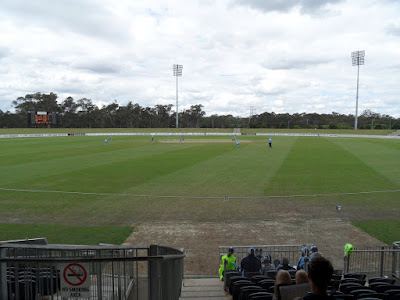 Between these two teams there was a high percentage of the Australian national side in the match. An exception was the English International Danni Wyatt seen here. 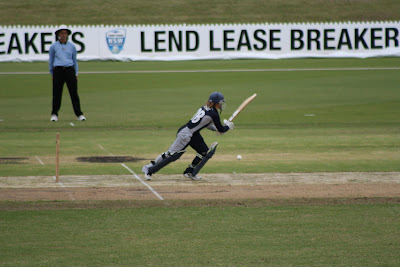 Danni only managed to score 8 runs and I am sure that she was disappointed.
Here Ellyse Perry is bowling for the Breakers. 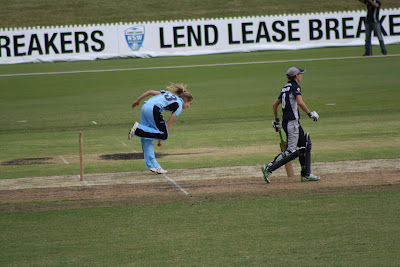 Jess Cameron did well with the bat before getting out. 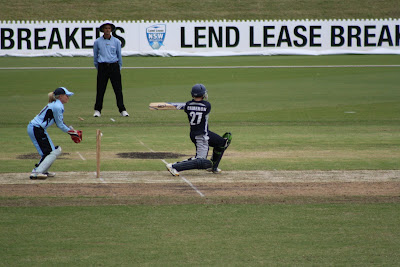 Once the Spirit had batted for their 20 overs and scored 136, it was time for the NSW Breakers to bat. The scoreboard operator could not spell Leah Poulton's name correctly. 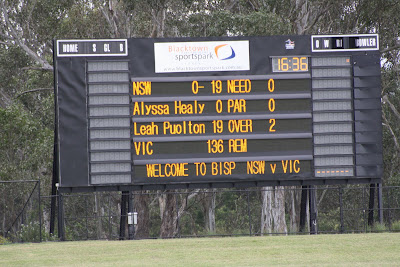 Eventually somebody must have said something and it was corrected. 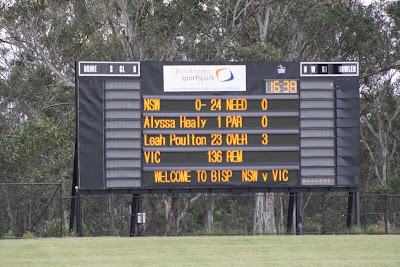 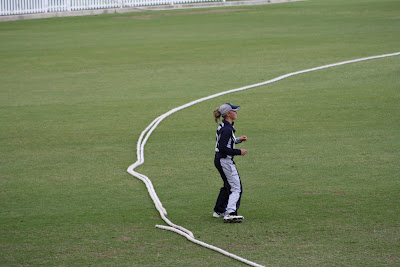 Eventually the NSW breakers had a fairly convincing win. The weather got cold and blustery as the match had proceeded. It reminded me of watching cricket in England. 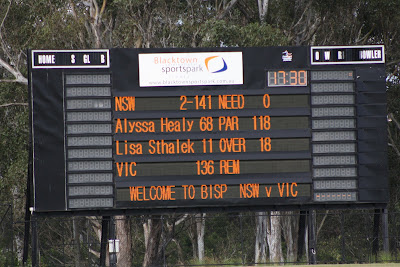 Today the sun was back out and so I thought I would go and watch a local first grade match at the North Sydney oval. As is usual the scoreboard operator stood in front of the board for the entire match. Guess the score. 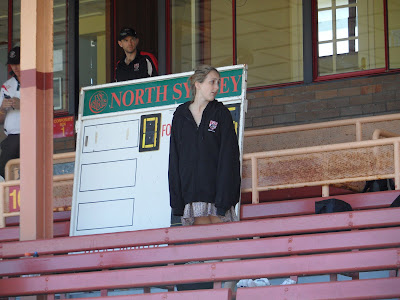 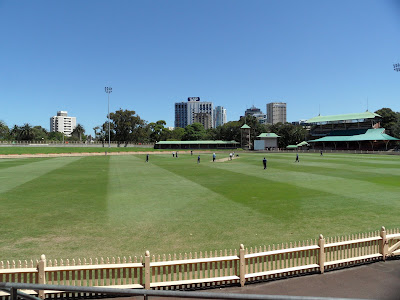 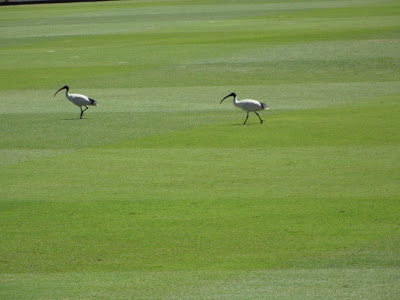 I guess that will be OUT then.
The Paramatta team celebrate a wicket but having only scored 100 in their 50 overs, they were soon beaten by North Sydney and I was walking back down the road earlier than expected. 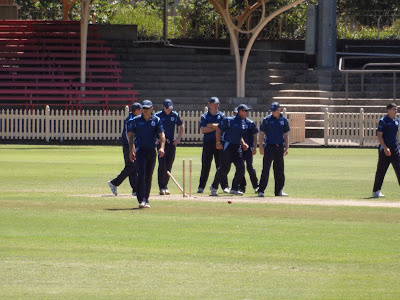 There is another T20 match between the Breakers and the Spirit at the same venue on Sunday. If the sun comes out maybe I'll make the trip.
Peewit