I was headed to the oval at Drummoyne to watch the second of three matches on successive days between the NSW Breakers and the Queensland Fire.
In a similar match sequence a couple of weeks ago, NSW Breakers took on the Victoria Spirit team at Blacktown. The Breakers won two matches and the third was abandoned due to hail and rain.
Can they keep up their unbeaten run ?

I was getting to Drummoyne by ferry and bus for their 10am start.
While waiting at the ferry terminal this workboat was leaving the harbour. 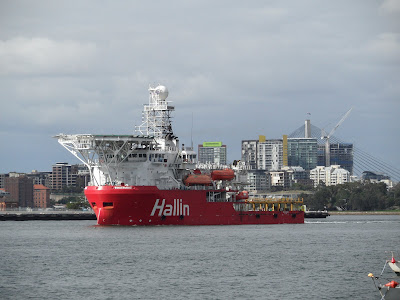 Being a POM that normally supports the world beating English Womens Cricket Team ( easy to follow a team that wins most matches that they play), I decided to follow my local state womens team. They are the NSW Breakers captained by the very able Alex Blackwell. They are also an excellent team and a large number of their players seem to represent their country in the Oz national squad.

Here the match has got underway with the Fire at the crease in this 50 over match. 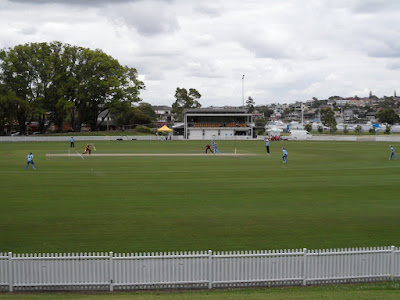 A play and a miss 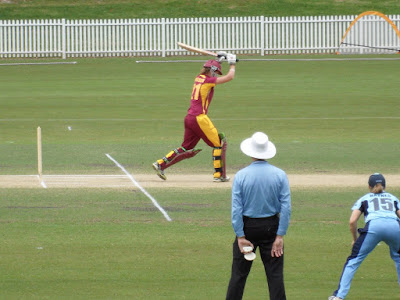 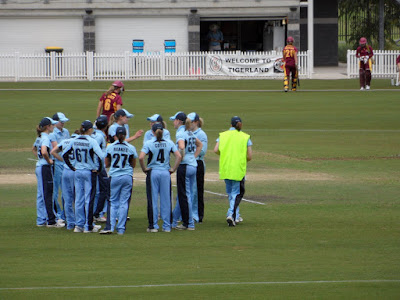 Crikey, this is not the start that Queensland wanted with two wickets down and only five runs after five overs. This scoreboard was one of the few that was actually correct throughout the match. Having said that, in England we always show the number of runs first and then the wickets fallen. So it should say 5 for 2. 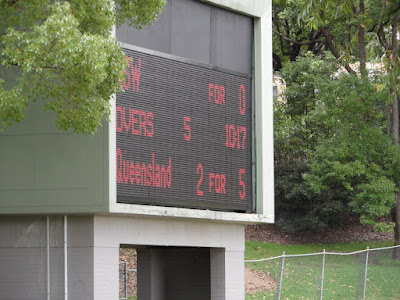 Jodie Fields came in and started to put up some resistance. 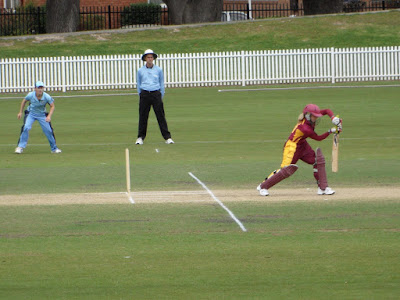 There must have been an uneasy feeling on the Queensland bench. 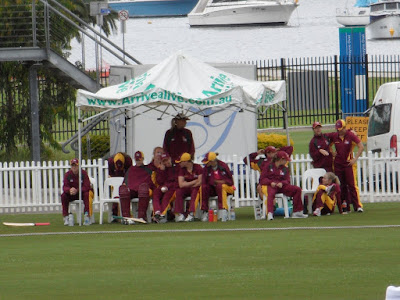 There was just me and a pair of Kookaburras on this side of the field. 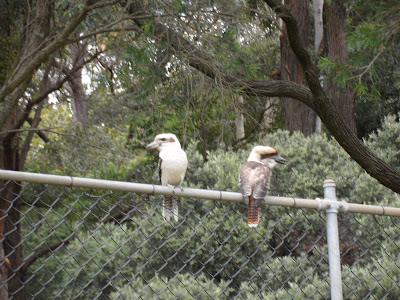 Queensland Fire only managed 109 all out in their innings.
Once the Breakers took to the field they soon knocked off the runs for the loss of just two wickets in 23 overs. This easy win gave them bonus points.
Here is the final score. I was going home early 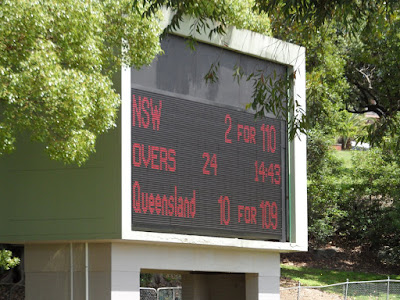 The Breakers won all three matches, that is two t20 matches and one 50 over match. They look unbeatable at the moment.

Here is the Drummoyne Oval and it is in an attractive setting. Unfortunately it was spoilt a couple of years ago by a concrete tsunami for the construction of the little used stand that now mainly blocks what was a good view across the harbour. 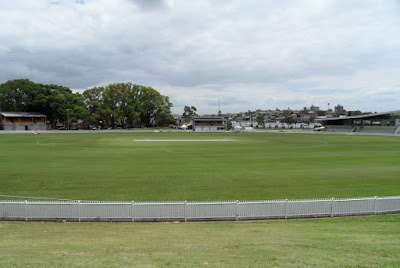 Here is the pre-concrete view from 2008 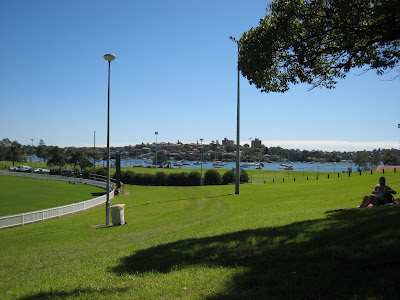