So, I was planning to go to what was supposed to be a double header at the SCG.
I was hoping see both a Womens interstate T20 between the NSW Breakers and the Queensland Fire, followed by the first match in the Big Bash League between the Sydney Sixers and the Brisbane Heat. In fact the website http://cricketnsw.com.au/ was saying that this was happening even on the day of the match. However other cricket websites said the the Womens match was at Drummoyne. I was confused so after making some phone calls (SCG did not answer phone) and some tweets, I thankfully had a reply from the Breakers skipper Alex Blackwell. She said that there were three matches taking place against the Queensland Fire over Friday, Saturday and Sunday and that they were all at the Drummoyne Oval.

I thought about still going to both of the Friday matches but was foiled by the fact that Sydney Ferries were on strike.
So the BBL at the SCG at 7pm was where I would go.

Before setting off, this tanker came amazingly close to the nearby McMahons Point. 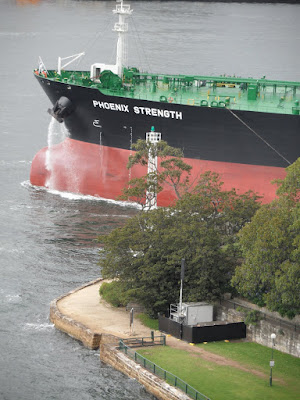 The crowd took a while to build up at the SCG 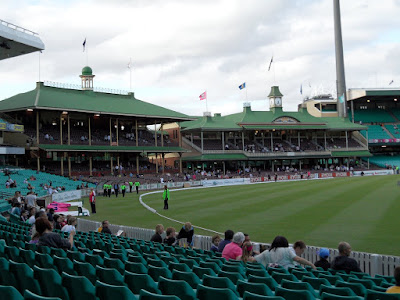 The opening ceremony involved some flames 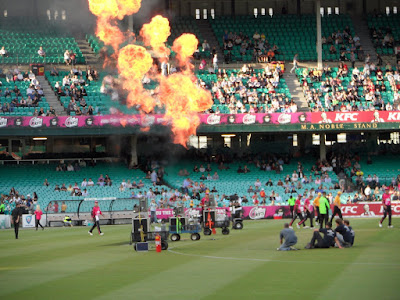 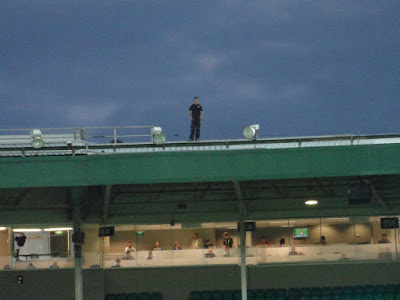 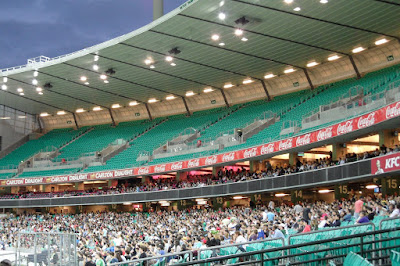 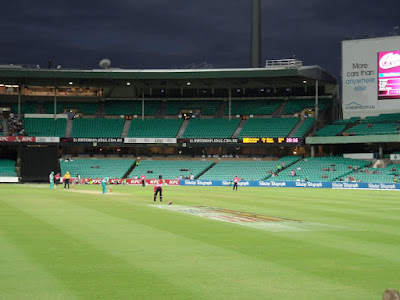 At the end of the twenty overs, the Heat had scored only 139 with Dan Christian top scoring with 32 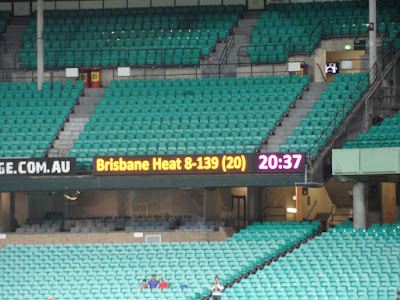 After a short interval the Sydney Sixers started to bat as the smoke from fireworks was slow to clear. 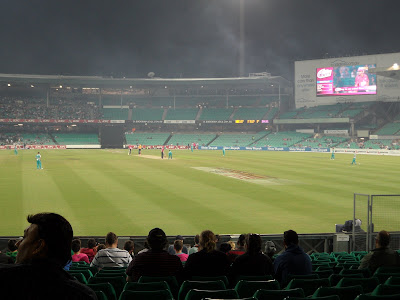 The scoreboard kept everyone up to date 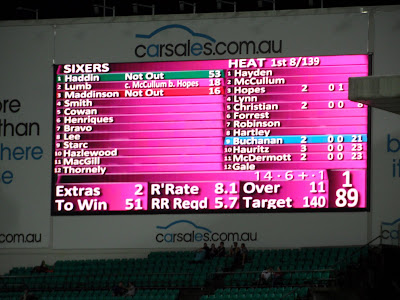 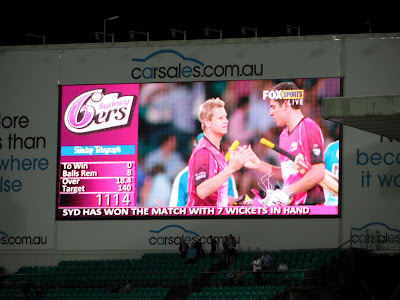 The players shake hands at the end of the match 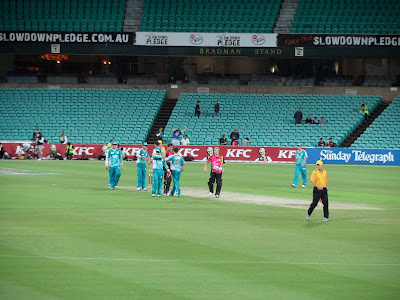 Later I heard that the NSW breakers had won the T20 match against the Queensland Fire.

In my next post I will report on the 50 over womens match from Drummoyne.