Apparently unless the temperature in Sydney goes above 23C tomorrow, this will officially be the coldest first week of summer in 50 years. It is not what I am used to. I only bought one jumper from England and it is getting dog-eared.

This last Sunday, I was only going to make the one hour rail journey from North Sydney to the Blacktown Sportspark (difficult to get to and in the sticks) if it was going to be sunny for the T20 match.

Well the weather looked OK so I set off. As you cross the bridge on the train, I could see my apartment building. 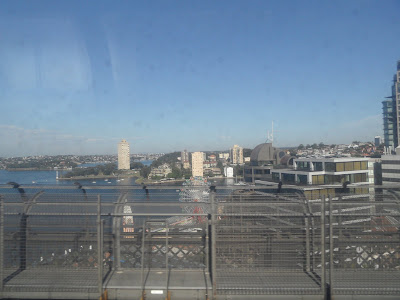 On arrival at Rooty Hill station there is a 25 minute walk along this rather bleak path. 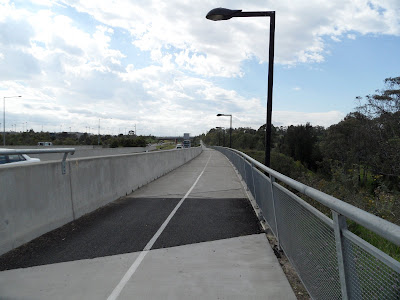 On approaching the stadium the weather was still looking good. 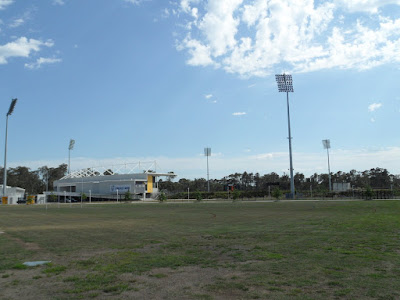 The players took to the field at 10am. 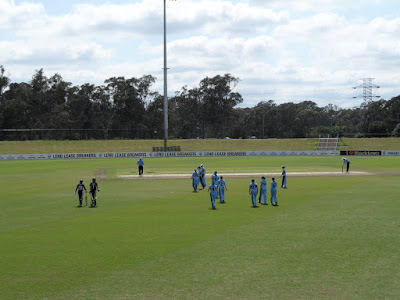 There was not a fight to get the best seats. 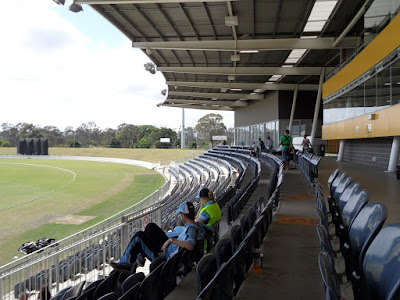 Two balls before the end of the first 20 overs (Victoria Spirit batting) the umpires called the players off the field as it was very dark.
As the groundsmen were trying to cover the pitch, the hail started together with lightening. 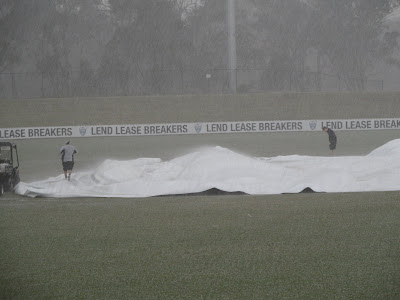 The message on the scoreboard did seem a bit superfluous. 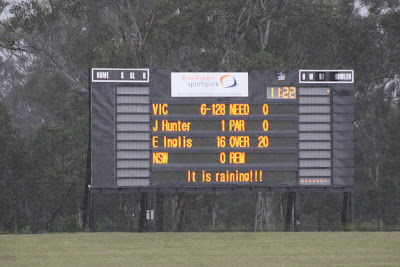 After the storm the skies were still black so play was delayed. 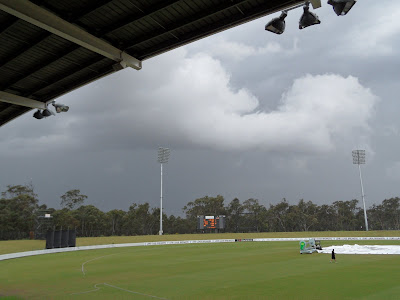 Eventually play got underway and the umpires had declared that just five overs were needed to complete the match. However after just one over the rain was back and the match was abandoned. 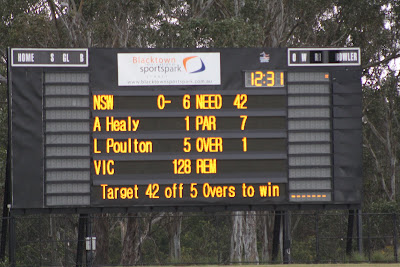 I felt disgruntled on my trip home with only watching 80 minutes of cricket and several hours of travelling.
Two days later and this was the scene at Circular Quay this morning. Uggghh. 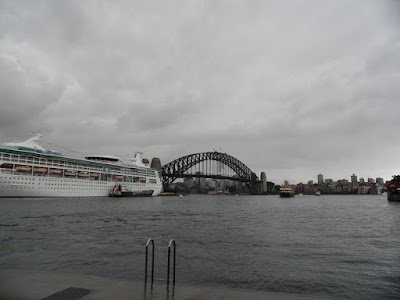 Hope it clears up in time for Christmas when my other daughter is coming over from the UK for a visit.