What has been going on in my bit of Sydney ?

These two cruise liners look like they were having a race to get out to the open ocean. 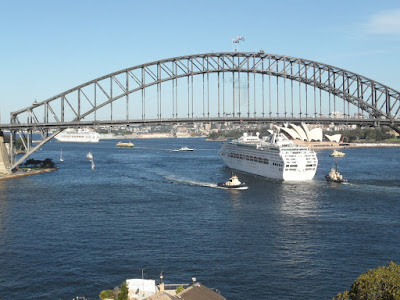 A Sunday morning was when a load of canoes turned up for a paddle in the harbour. 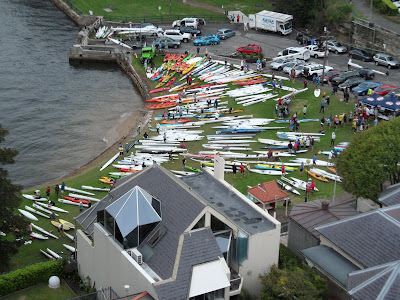 This yacht was sinking and a while later a police boat turned up to deal with it. It looked like the policemen were not interested in getting their feet wet, they could not start their petrol water pump and it was getting dark. I was convinced that by morning the police boat would have headed back to base with loads of excuses and there would just be a mast sticking out of the water. To my amazement, next morning the yacht was floating and looking totally normal on it's mooring buoy. Obviously I should have give more credence to the police efforts. 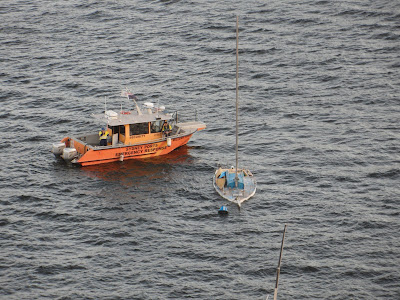 In Farm Cove where they normally have the moonlight outdoor cinema, they were building an enormous temporary structure. I saw hundreds of construction workers on the site. It must be costing millions. All this for an outdoor performance of La Traviata. Given that the weather has been a bit suspect this summer, I hope that they manage to sell the tickets. I won't be buying one, I'll just open the balcony door if it is not raining. After a couple of weeks they will take it all down again. 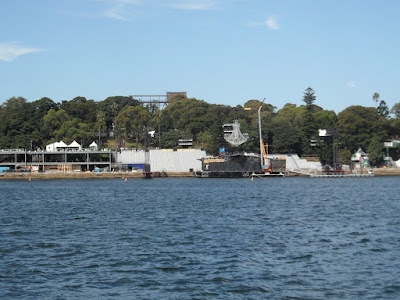 An early morning view across the harbour on a partially cloudy day. 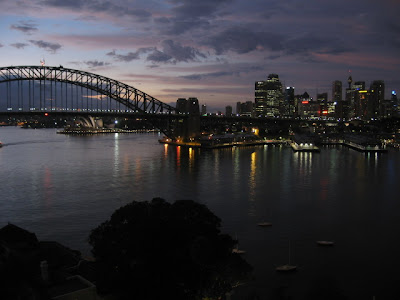 Another Sunday, another kayak event starting here at McMahons Point 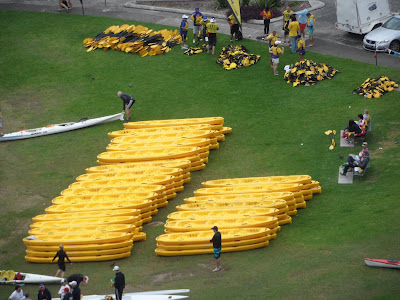 Being a Sunday there was also the 2nd Grand Prix of the season taking place at the Sepang circuit in Malaysia. I decided to watch it on the local free to air ONE tv channel. I was expecting the usual badly timed advert breaks, amateur lip sync, etc that I have found is the norm on Australian tv. However the incompetance of the tv production staff was clear for all to see (and hear) when the presenter said that they were now switching over to the race commentary from the SkyF1 channel. In fact it was the BBC race commentary that we were hearing. After a couple of minutes they suddenly realised and the presenter apologised and said that they would try and get the correct commentary as soon as possible. In the meantime they would get the studio presenters to do the commentary. I decided to listen to the 5Live commentary on my iPad while still watching the video from ONE. When I switched back briefly to the ONE audio after about half an hour they had still not got the correct audio feed. I did not try anymore and just listened on my iPad. For anyone who did not see the race it was really affected by some heavy rain at the start. This brought about a totally unexpected result with Alonso finishing first in the Ferrari, while Hamilton managed 3rd and Button was out of the points.

I made a couple of trips by ferry to Darling Harbour.
Here is Cockle Bay 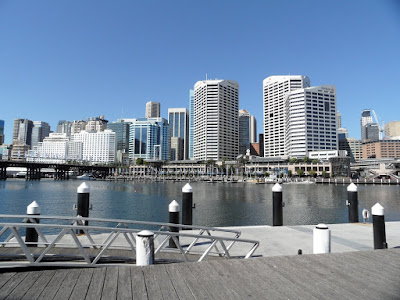 This is Darling Harbour. Enjoy the view while you can as a horrendous Dubai style development is under way at Barangaroo. This will decimate the skyline. 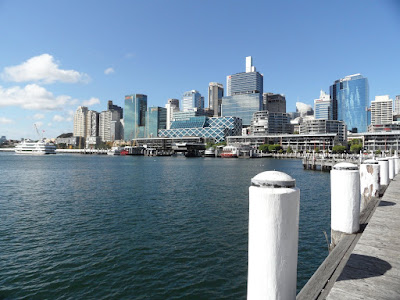 A small naval vessel heading through the harbour. 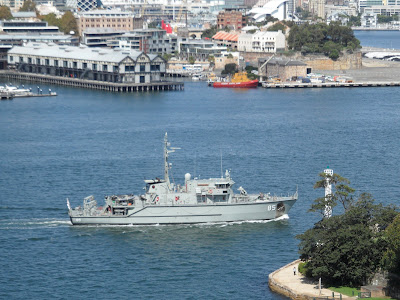 On my second visit to Darling Harbour I decided to take a trip on the Monorail.
The authorities in Sydney have recently purchased the monorail so that they can scrap it. I am not a fan of local planning (they approved the Barangaroo scheme) and know that the Monorail was preventing expansion of the Sydney International Convention, Exhibition and Entertainment Precinct. They have promised to replace the Monorail with extensions to the light rail system. That would seem unlikely with a four minute service on the Monorail. I suspect that the Monorail will be demolished soon enough and then there will be years of nothing to replace it. I hope I am wrong.

I took this picture of the Monorail last year. 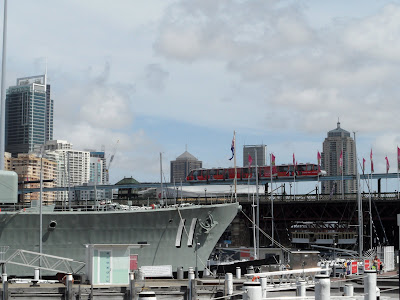 The train approaches the Harbourside station for the start of my journey. 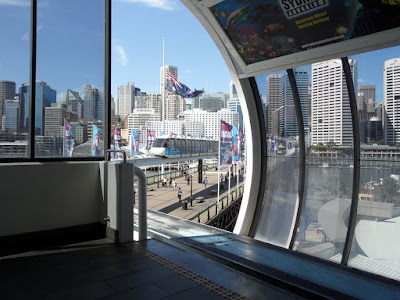 I was surprised how quickly we went, being above all the city traffic. Here we are above Pitt St. 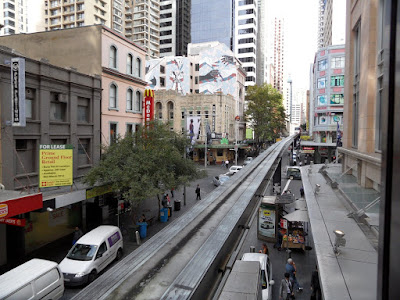 It is a shame that many of the windows are covered with advertising posters making it difficult to see out.
I managed to get this photo as we were completing the circular route back into Darling Harbour. 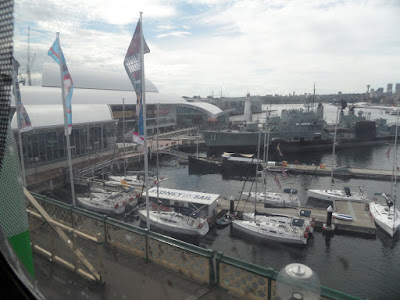 This tug looks old but full of character. I wonder how a real estate agent would describe it ? 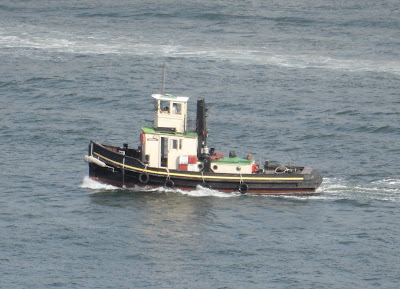 Despite some irritations, I do always enjoy my time in Sydney. In two weeks time I will be back in the UK. Not looking forward to the travelling.