I never did get to the "Flying for Fun" event at Kemble. Basically this was because the weather was bad and as I was dog sitting, I felt unable to leave the dog for more than six hours. That would have meant four hours driving and only two hours at a damp Kemble, so I scrapped the idea.

I am planning to fly from Blackbushe to Bembridge on the Isle of Wight. This weekend there is an air race around the Isle of Wight. I’m going to wait for the race to be over and some good weather so that I can go for a walk on the beach once I land at Bembridge.

In the meantime I actually cut my grass in my back garden because at last it had started to recover from the long dry spell. Not that we had much rain, so it must have been down to that day when the garage got flooded a couple of weeks ago. After I had cut the grass I was amazed how it transforms the look of the garden. No longer does it look scruffy and unkempt. Add to that a bit of late summer warmth, the birds feeding on the peanuts and it suddenly feels like a nice place to be. I did a bit of hoeing to clear the weeds from the borders and found the bradal that I had lost last year when replacing the fencing (during a rainstorm). It was even more pleasant when I got a beer and a pack of salted crisps. I took a couple of photos to capture the moment. 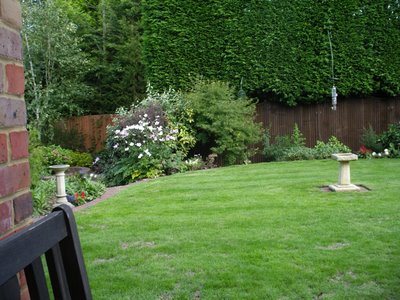 It would have been nice if the sun had been out, but you can't have everything. 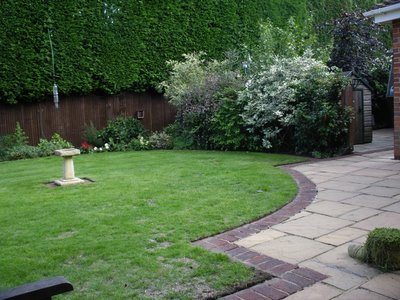 There are still bare patches in the lawn but it will recover in time. 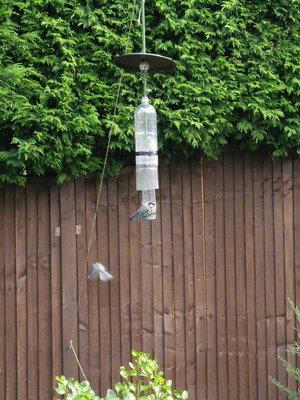 Great tits around the peanuts, and my anti-squirrel device.

The weather looks like wet and windy for the next few days so it might be a while before I get to the IOW.