I had a flying lesson booked today. The plan was to do circuits and it would be my last lesson before I set off to NAC in Florida. Despite apparently good weather with sunshine and light winds, the visibility was poor and somebody who had just been doing circuits confirmed that it was not worth going up. Even though the temperature was just a couple of degrees above freezing, the poor visibilty was not really apparent until I got to the airfield. However, I got my log book signed up and a copy of my training records so far.
Here is GBZEA that most of my hours have been flown in. 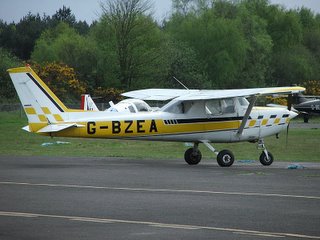 My interest in flying started long ago and my first flight was as a passenger on a short trip to Alderney. Here is the aircraft. 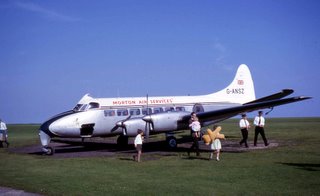 It is a de Havilland Heron.
Before it could land, the cattle had to be moved off the landing strip. It is probably still the same at Alderney today, except that they use Trislanders.