I'm only doing this for fun

Some are learning to fly as their intended career and will devote much time, effort and money with the goal of becoming an airline pilot as their day job. I wish all these students the very best in their endeavours and hope that they achieve their ambition.

In my case having reached the age of 60, I want to get a PPL as fast as possible so that I can have as much fun flying as possible before passing medicals becomes an obstacle.
Maybe an instrument rating could follow the PPL(A) but that is as far as my ambition stretches. 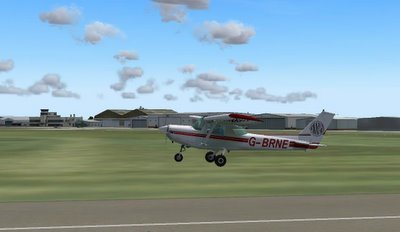 OK, to be truthful it is me taking off at Shoreham in a Flight Simulator C152

In reality I have reached the stage of flying the circuit pattern and would hope to go solo soon.

Here is an aircraft that I would not want to fly but some brave individual obviously does. 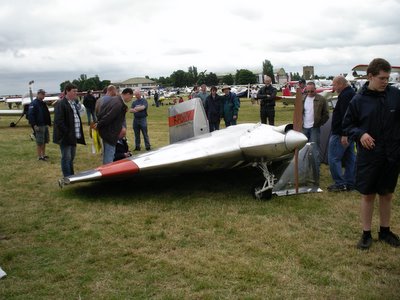 It looks rather like a flying baking sheet.
Can anyone think of a better description ?