Today I went to watch the second day of the four day Ashes test match between the England Women and the Australian Women. The match was being played at the beautiful Wormsley ground. The weather was fresh, just like the previous year when I visited this ground for the last England v India ODI(England Women won the series) and spent the whole day shivering while wearing five layers of clothing.
The day before the Australian women had batted and put in an excellent performance so at the start of today's play they had a score of 243 for only 3 wickets down. The England bowlers had been finding it hard work to take wickets with lots of toil for little reward.
Sarah Elliot (95) and Alex Blackwell take the field for today's continuation.

Those empty seats in front of me soon filled up. 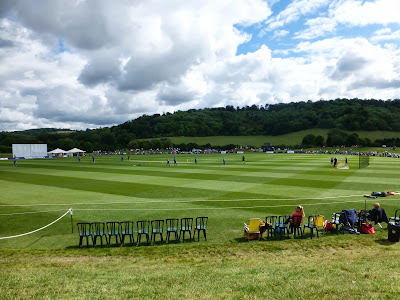 Sarah Elliot was creeping towards 100 runs 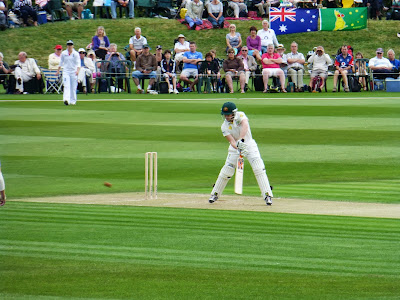 Nervous times with 99 on the board 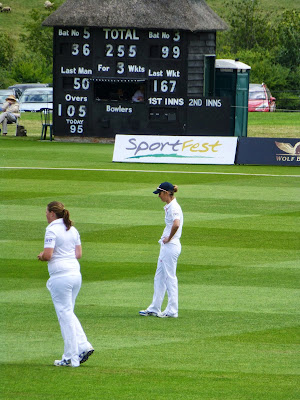 Eventually that elusive run is scored 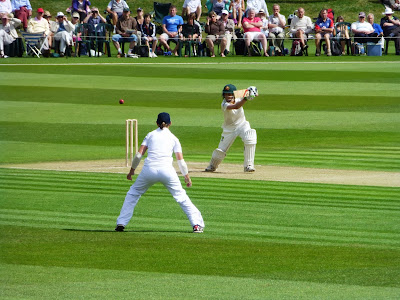 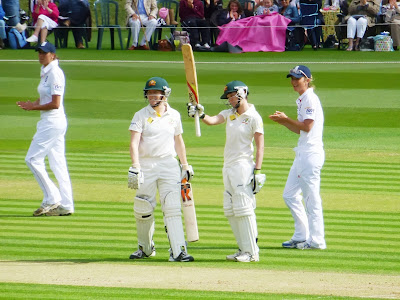 The scene at Wormsley 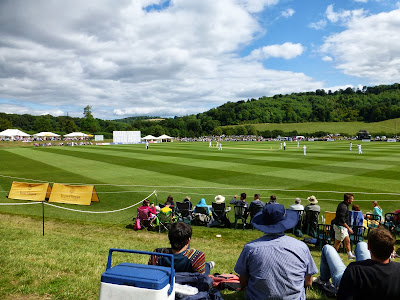 Is that Isa Guha on commentary ? I spent one day sat next to her dad at the previous test in Bankstown where she was bowling. 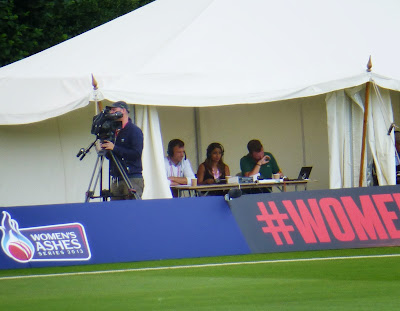 Jodie Fields decides to declare at 331 for 6 as almost a day and a half of play had taken place. 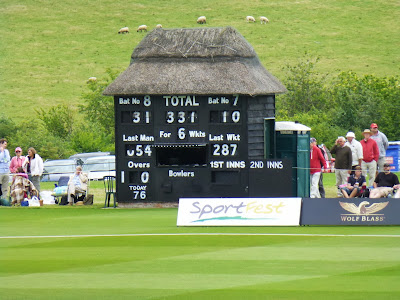 Australia now take to the field 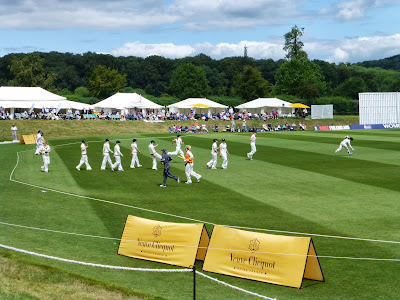 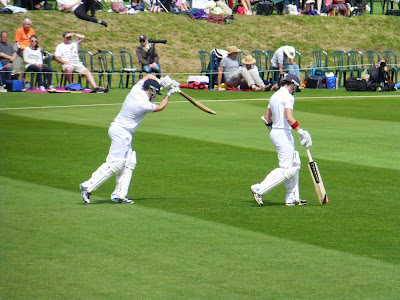 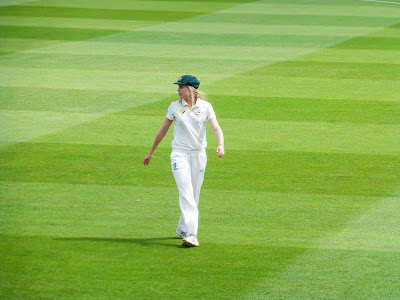 Holly prepares for another bowl and takes Sarah Taylor's (33) wicket 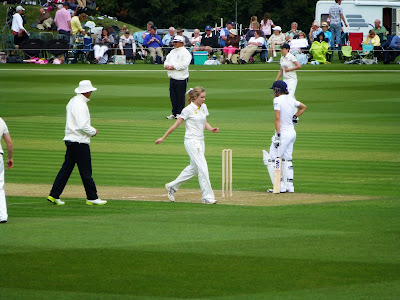 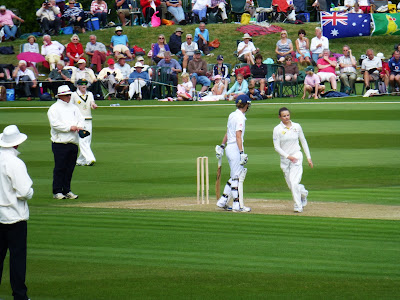 England manage to get 100 but with 5 wickets already down. 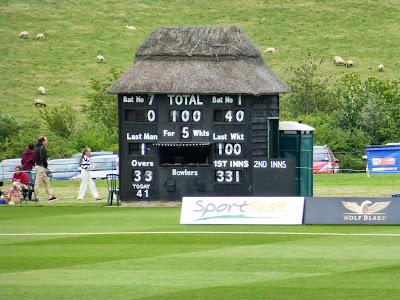 Heather Knight gets fifty while the majority of her team-mates seem to be all scoring six or less. 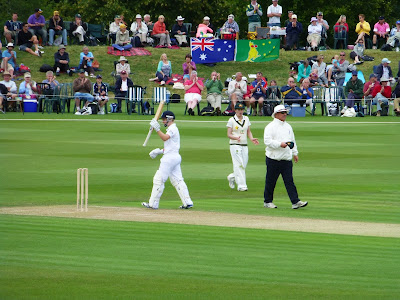 Eventually I got so cold due to the wind and lack of sunshine, that I decided to leave and head home. The run rate was diabolically slow, but even so, had the weather been balmy, I would have stayed on.
I see that the day ended with England on 172 for 6. Heather Knight had scored 85 not out.

It is hard to see how England can win this match, but maybe they can produce something special over the remaining two days.

Perhaps the other ODI's and T20's in the series will come to their aid.