It is Saturday and early evening.
I have made myself a homemade pizza whilst enjoying a cool beer.
While I would love to be at the WBBL matches taking place in Tasmania and Perth, I am actually here in Melbourne.
So the best I can do is watch the scores tickover on my iPad. 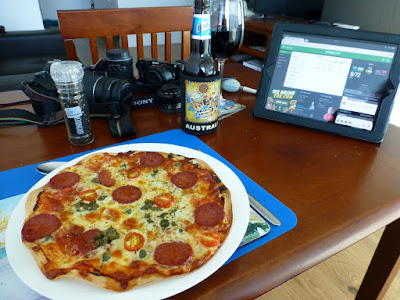 I have been following the fortunes of the Hobart Hurricanes ably captained by the English vice captain Heather Knight. They are playing their third game having won the first two against the Melebourne Renegades. They are embarking on their second match of the day against tough opposition in the form of the Adelaide Strikers. I was in Adelaide back in January and I saw these ladies in action and was pretty impressed. 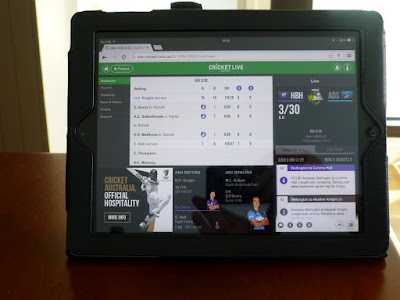 Crikey, Heather Knight has got her work cut out here with three ducks from her top order batsmen. 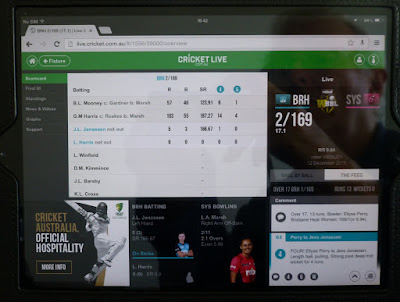 Meanwhile, what on earth is going on in the other match at Perth. I see that Grace Harris has scored 103 of just 55 balls with 4 sixes and 14 fours. The Sydney Sixers must be in shock. I reckon that I can predict the result of this match. 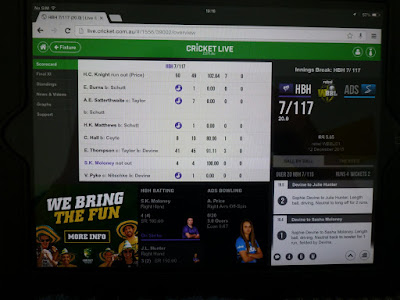 Heather Knight managed 50 runs and had good backup from Emma Thompson (I thought that she was an actress) who scored 41. A total of 117 runs looks very good considering the collapse of most of the top order. 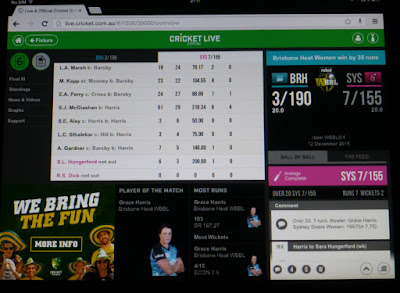 Meanwhile, back in Perth, The Sydney Sixers did amazingly well to get 155 runs, especially the 61 achieved by Sara McGlashan but they were always going to fall short of the 190 clocked up by the Brisbane Heat. 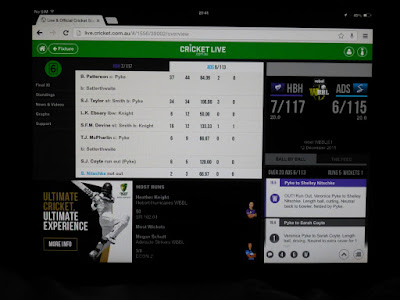 Back in Launceston, The Adelaide Strikers could not quite get the required run total, and Heather Knight's Hobart Hurricanes made it an excellent 3 wins from 3 matches.

I am looking forward to seeing some of the remaining matches live in Melbourne.