Oh dear, autumn has arrived, the clocks are changing next weekend, bringing on one hour less evening light and I will be heading back to the uk.

I was awoken early at 5am last Sunday as a lot of vehicles arrived outside to set up an event. It turned out to be the 'Kayak for Kids' day, where they all kayak down the harbour. Unfortunately the weather was not up to much and it would rain on and off for much of the day.
Getting ready 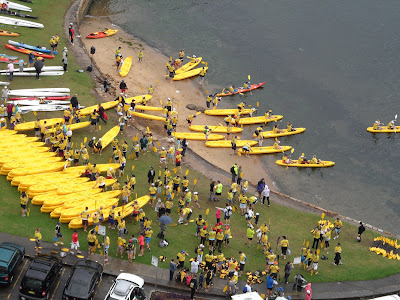 The kids were given lots of basic verbal instruction including trying to make sure that they did not start too hard just using their arms, and be worn out by the time that they reached the harbour bridge (only a few hundred metres away).
When the start took place at 9am a surprisingly large number of kayaks started off in the wrong direction. I hope they made it eventually. 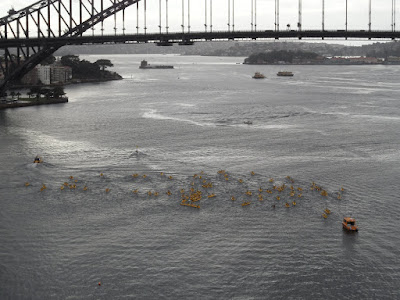 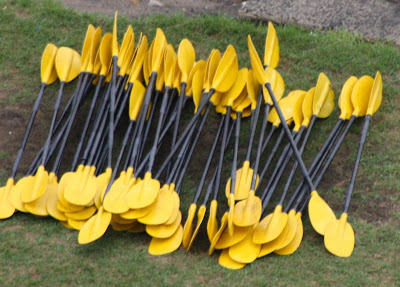 Early in the week, some army helicopters were practising exercises that may be carried out in the event of a terrorist attack in Sydney. Here is one of the helicopters. 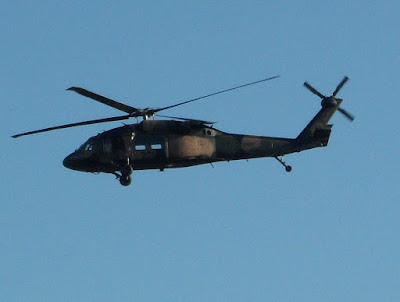 There were four helicopters involved, and they were coming in low across the harbour before climbing to pass over the harbour bridge followed by a rapid approach to the cbd. Last year these exercises were going on regularly, but this year I have only seen it twice in four months. 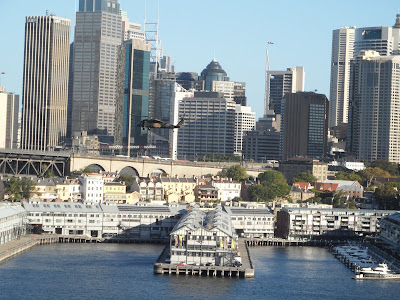 There has been the occasional flyby of a lone army helicopter over the last few months. Maybe there are budget cuts. There is always plenty of civil helicopter activity around the harbour each day. 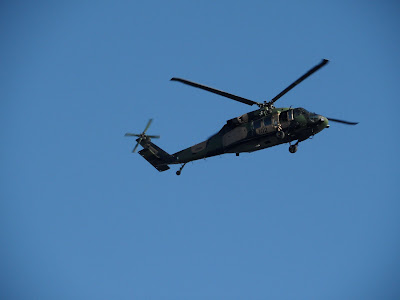 Meanwhile back at sea level everything was going along as normal. 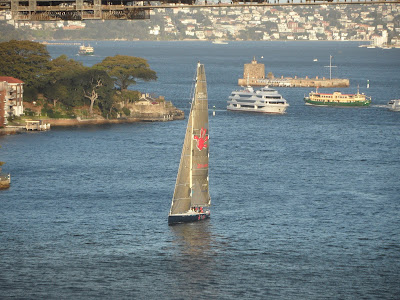 Shame that it is nearly time to go overseas and I will miss the view. At least I know that I will be back when spring returns.